What is happening in Shanghai will affect Australia’s economy? 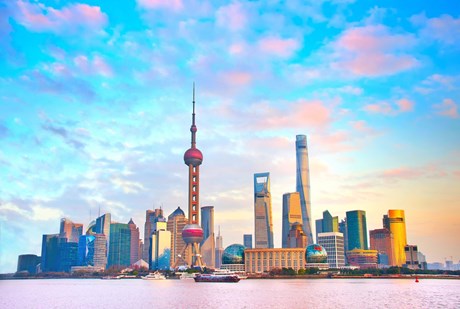 While millions of Australians have been wondering in recent weeks how the result of the election on 21 May will affect them, anecdotal evidence indicates very few consider what’s happening in Shanghai will likely affect them more than whether they give the nod to Albo or Scomo – or anyone else for that matter.

But Shanghai, China’s largest city, has a population that approximately equals Australia’s, and what is happening there, has global significance.

It’s the world’s largest port and it’s in total lockdown because of China’s zero tolerance of Covid.  Many other Chinese cities that produce large quantities of manufactured goods, traditionally send them by ship to Shanghai for export.  But that can’t happen now, and international supply chains are broken.

Armadas of ships are anchored indefinitely offshore, waiting either to unload to, or load from, Shanghai. Meanwhile staff at the port’s vast terminals operate in a closed loop that prevents effective contact and function with the outside world.

In Europe and the US, many people on their third or fourth round of assorted Covid infections continue to ignore the significance of China’s virus restrictions and understand neither the policy behind them nor consequent product shortages and rising prices.

Similarly, millions of Australians, now with open borders in a country where numbers of Covid cases have either peaked or are about to peak and are looking forward to working without restrictions to boost an economy that has survived the pandemic as well if not better than anywhere else on Earth, can’t see how what’s happening in China could specifically affect them.

But it can, because what is going on there will restrict Australia’s economic growth and therefore their livelihoods and wellbeing.

Not only is stuff Australia needs not getting out of China, factories across Asia that make things Australia also needs, can’t get components from the Chinese necessary for manufacturing plants that produce goods needed by Australian businesses to grow the economy.

Manufacturers in the US and Europe with orders from Australia are similarly afflicted by China’s Covid policy. They can’t get components necessary to fulfil the orders.

The bottom line for Australia is that surging price rises occasioned by shortages and delays stemming from woes of our nation’s most important trading partner, together with our country’s locally generated inflationary influences that are gaining momentum, will harm us in the immediate future.

Macks Advisory has seen reports of solid data confirming our belief that Covid chaos and its consequences for the Chinese economy will have long-lasting negative side effects for Australia.

Economist Jingling Chen of Tsinghua University and his colleagues have used truck tracking data to determine that truck traffic drops some 60% when a Chinese city is locked down.

The significance of this for Shanghai is massive.  Every month of Shanghai’s lockdown costs China 4% of its national monthly income.

But in a worst-case scenario where prevailing policy dictates that all Chinese cities are locked down, Jingling Chen’s team has calculated China’s national income would drop by more than 50% monthly – a monstrous, unsustainable cost to its economy, that because of China’s vital commercial links with Australia, would have unavoidable negative consequences here.

The more pandemic lockdowns stunt China’s economic growth the harder it will be for Xi Jinping to activate plans for deleveraging in the property sector in the wake of Evergrande’s spectacular collapse – the gargantuan real estate conglomerate responsible for the health of about a third of the nation’s economy.

According to Gavekal, one of the world’s leading providers of independent financial research, all but 13 of China’s 100 most productive cities have already imposed some degree of quarantine, and because Covid’s Omicron variant is so highly infectious, it’s expected there will be frequent lockdowns across the country for the rest of this year.

Business analysts are saying they have very little indication that Australian companies are factoring this risk into their pricing – and they should be doing this, because expert political observers are almost universal in their expressed belief that Xi Jinping sees a hard line on lockdowns as the best option for ensuring his political future.

So, has China’s delayed attempts to control the virus, at least to some extent, been catastrophic globally? Probably.

How this affects Australians

Scarcity of product out of China and broken supply chains resulting from pandemic restrictions have inevitably increased prices, which has worsened inflation that’s now running at a 20-year high of 5%.   Because this is about twice what the Reserve Bank of Australia (RBA) has considered acceptable, it this month increased the cash rate for the first time in 11 years -- from the prevailing record low of 0.1% to 0.35%.

Some economists are tipping it could be 1.0% by year’s end, and financial markets suggest it could be double that.

A cash rate of 2.0% widely expected before the end of next year, would push the rate on the average standard variable home loan to more than 5.5%, increasing millions of Australians’ repayments by thousands of dollars annually, and thereby, according to a recent Westpac media statement, reducing house prices by 14% between the end of this year and 2024.

Surely, as so many Australians struggle to retain home ownership in this situation, consumption nationally will be reduced substantially, which won’t make retailers happy – especially as so many of them have been doing so well in recent months.

The RBA expects about two-thirds of people who locked in home loans at historically low interest rates during the pandemic, will have to refinance by next year, and half of them will face increases in borrowing costs of up to 20%.

Yet all is not entirely doom and gloom.  National Australia Bank (NAB) director of economics and markets Tapas Strickland said recently that even a 15% drop in house prices shouldn’t be of too much concern, because years of increasing values – 22% last year – means about 95% of Australians with home loans, have at least 75% equity in their homes.

Come what may, Xi Jinping’s decisions about resolving his problems in China are likely to have a far more significant effect on our individual immediate future than anything we may do in a polling booth on the 21st of this month. 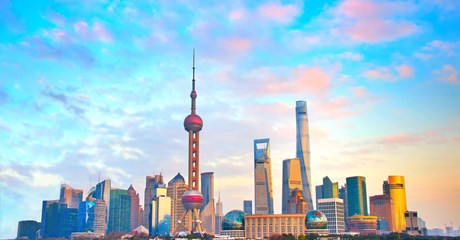