Are you about to be caught in the ATO’s section 100A trap? 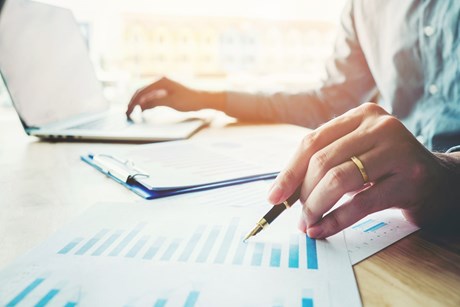 Many hundreds of thousands of family businesses may have only until 30 June to avoid being ensnared by the Australian Taxation Office’s (ATO’s) trap embedded in s100A of the Taxation Assessment Act 1936.

Because this convoluted section, which relates to reimbursements under discretionary trusts has always been difficult to understand, and because rulings on compliance since s100A was incorporated into the Act in 1979 have mystified taxation experts, about three months ago the ATO issued a long-awaited draft ruling on guidance for its application.

Alas, this could have retrospective effects – including a requirement for families involved in such trusts to pay the top rate of 47% on 2021-22 earnings, just as interest costs are rising.

Expected to be caught in the trap is a multitude of tradies, small retailers, and a wide variety of family enterprises. Unless their accountants/business advisers already have the matter in hand, there is only a fortnight from the publication of this Macks Advisory newsletter, to stop the trap from being sprung.

Most large family enterprises with first-rate advisers will not be caught in an ATO trap, but if yours is a small family business involving a discretionary trust, and you are unaware of what’s been going on with s100A, then consult your business adviser immediately about what you may need to do before 30 June to avoid this s100A trap.

Australia’s Income Tax Assessment Act has an obscure set of clauses interpreted by the High Court to mean that before 30 June each financial year, in other words before a business linked to a discretionary trust knows what its income is for that financial year, the trust must nonetheless declare what proportion of income from the business that will go to every person mentioned in the trust.

If the trust fails to do this before 30 June, the trap is sprung and the ATO has the right to level a 47% tax rate on a trust’s full income.

It is Macks Advisory’s belief accountants generally don’t believe that come 30 June, the ATO will promptly start dropping s100A grenades into family trusts, but rather it will delay action so tax officers can levy interest and penalties or use the threat of a “no-declaration-before-30-June” charge that will force small family companies to agree to concocted and inflated tax bills.

“Aggressive” pursuit by the ATO of “vanilla situations” under s100A, is, according to BDO partner Mark Molesworth, why accountants have been seeking guidance on trust taxation.

He says the ATO is chasing comparatively small amounts of money in cases that would now appear to fall under the s100A PCG “safe zone”. (The Practical Compliance Guidelines are the current guide to how the Commissioner proposes to differentiate risk for a range of trust arrangements to which the section might apply and is designed to allow taxpayers and their advisers to assess the level of risk associated with their trust distribution arrangements.)

Because accountants’ clients generally conclude that fighting the ATO’s “extraordinary” rulings on existing guidelines for s100A is uneconomic, they accept them and foot the bill. But many accountants claim there’s a compelling need for the Commissioner to provide them with definitive, equitable guidelines.

The CPA’s senior manager of tax policy Elinor Kasapidis says the government has already leaned too heavily on accountants, exhausting their goodwill by expecting them to do “too much heavy lifting, without compensation in implementing tax policy”.

Distribution of a current entitlement doesn’t require consent of the recipient beneficiary.  It’s not a contract. It’s a unilateral declaration that creates equitable rights by way of an unconditional declaration of trust.

It’s therefore our belief that advisers must review resolutions for trusts to ensure that they are appropriately documented and completed before the end of the current financial year and indicate what proportion or percentage of a trust’s taxable income will be distributed to specified beneficiaries.

The ATO’s focus on trusts stems in part because there are ways a trust’s creator or trustees can retrieve income from a beneficiary’s entitlement without the beneficiary’s approval.

This tends to occur where beneficiaries are children who don’t make decisions about where their income is spent -- and where their “entitlement” is really part of a plan to lower the overall tax paid by a family or a tax-paying group.  It’s a procedure that damages the legitimacy of discretionary trusts and is, therefore, a matter of justifiable concern for the ATO.

However, it’s obvious we at Macks Advisory are not alone in our belief that to help smaller taxpayers, the ATO should do better than the draft ruling on s100A it propagated in February.

The “chorus of discontent”

Because of what it refers to as “a chorus of discontent” following the ATO’s draft ruling that has “blindsided” its members, the Institute of Public Accountants (IPA) says if tax officers were unhappy with business advisers’ interpretations of s100A had apparently been generally accepted for decades, then they should have said so long ago.

The IPA submits that “large numbers” of its members will now be “exposed” unless there is a change in the law.

A submission to the government signed by IPA general manager of technical policy Tony Greco says: “The breadth and depth of the current guidance (TD 2022/D1) is in complete contrast to the 2014 3.

Trust taxation-reimbursement agreement (s100A fact sheet) which was the previous ATO guidance in the public domain”.

The IPA argues that narrow interpretation of “ordinary family or commercial dealing” in the draft broadens the scope of s100A beyond its original intent and leaves the Institute’s members vulnerable to potential scrutiny.

So, the buck stops where?

Macks Advisory is convinced most business advisers believe parliament or the judicial system should define what “an ordinary family” is, or where a line should be drawn on “commercial dealing” rather than leaving this to people in the ATO as administrators of the tax system.

So far as we are aware Guardian AIT Pty Ltd ATF Australian Investment Trust v FCT offers the only judicial interpretation of the above terms.  The court ruled that an arrangement involving the distribution of trust income to a corporate beneficiary, who in turn distributed a dividend back to the trust, did not constitute a “reimbursement agreement” for the purposes of s100A – and even if it were a legitimate agreement, such an arrangement would be “an ordinary family and commercial dealing”.

The judgement, subject to appeal, in our view, highlights the need for judicial clarity of the “ordinary family and commercial dealing” exclusion under s100A and throws the ATO’s draft ruling into doubt.

Macks Advisory can foresee that the application of s100A could have unwanted consequences in certain circumstances and structural options may need to be considered.  Where necessary we recommend engaging a seasoned reconstruction and insolvency practitioner to consider such options. 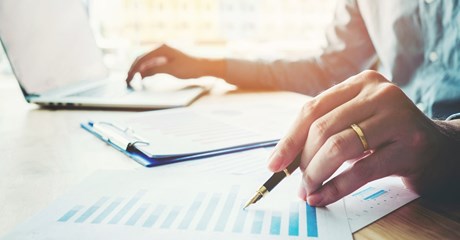