The pressing need for employers to take care of valued employees 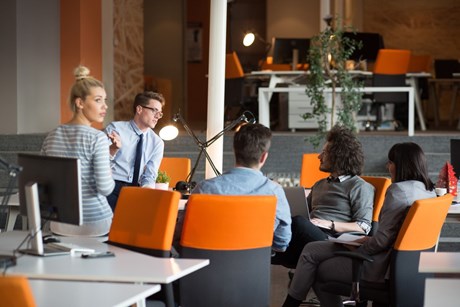 Pre-Covid, many employers were finding it increasingly difficult not only to find employees to meet requirements, but to retain them. Following the end of lockdowns and restrictions – dependent upon vaccination rates -- finding the right people for jobs, many of a kind non-existent when the pandemic began, is likely to be difficult for employers for a decade or more.

This means the work force now has a shallower pool of labour that has led to a skills shortage, likely to be exacerbated by closed borders that will restrict immigration of foreign workers.

For 60 years up until last year, the number of workers aged between 15 and 64 added to the Australian workforce – that is people most likely to establish households, reproduce, take out loans, buy consumer goods, raise families and be a prime source of taxation revenue -- averaged 175,000 a year, boosted by high levels of immigration.

Before the pandemic struck Australia in March last year, the Australian Bureau of Statistics (ABS) forecast that for the next 30 years, influx of this most important cohort into the workforce will drop to 110,000 a year.

But if we consider a few more years of diminished immigration because of Covid-19, it’s reasonable to suggest the average growth of this 15-64 cohort could be reduced to as low as 90,000 a year –  close to a 50% drop in the pre-Covid growth rate for the age group.

Australia’s long term annual net gain of 250,000 immigrants – that includes students, backpackers, and seasonal workers – is now in reverse.  Budget papers show the net outflow from Australia in the 2020-21 financial year was 93,000 residents, Australia’s first loss of population since American troops returned home in 1946 (a year after the end of World War II).

As the disruptions of Covid-19 drag on, so does uncertainty about forthcoming immigration. It’ll be years before we can, if ever, return to virtually handpicking as immigrants, overseas labour with required skills. Just how well we can manage options for making the most of the currently available workforce remains to be seen.

Innovative ways of doing this might see employers enticing employees from one industry to another, from dwindling job opportunities in one sector to new types of jobs that didn’t exist pre-pandemic.

Expect the likelihood that some fully capable older former workers will be enticed out of retirement by employers, along with some younger ones tempted back from family leave to work part time from home, or in any way that ensures useful existing skills aren’t lost to the work pool.

Indeed, all such people, including those of late middle age still working, should not be overlooked as a potential talent pool for the development of new skills required in a post-pandemic economy.

ABS quarterly figures for workers in 430 occupations that comprise the Australian economy show unsurprisingly that the pandemic’s disruption has resulted in large scale job losses, but the statistics also indicate job growth in some sectors along with business opportunities.

It’s clear there is already a shortage of people with skillsets for the expanding number of job types needed to make the most of these opportunities.

Change brought about by the pandemic and other global forces -- China for example – is demanding agility and innovation by individuals, businesses and governments aspiring to do well with that change.

There are already favourable signs that Australians can meet the challenge.  Workers’ adaptive ability has reduced unemployment rates to pre-pandemic levels.

For decades we’ve tended to convince ourselves the path to continuing prosperity is the one trod most readily where we simply continue doing what we do best -- mining, building accommodation, and developing an enviable lifestyle.

However, in the past two years we’ve learned it’s unwise to rely so heavily on the free flow between countries of goods, services, tourists, students, workers, and migrants, a reliance that’s been inherent in our prosperity.

We’ve learned too that because the world has become a global village where we’re more likely than ever to suffer the consequences of viruses, other disasters, and geopolitical tensions, we now need to be adding more value to agribusiness products in both big cities and regions.

Perhaps most importantly we’ve understood the need to retain key capabilities – like ability to refine oil, to manufacture innovatively (face masks and PPE for example), to develop and produce pharmaceuticals, and the ability to manufacture defence equipment and ordinance, in short, the necessity for being more self-sufficient.

Australia will be looking to the TAFE system to close the widening gab between skillsets available and skillsets needed.  Gone are the days when, if we were short of employees for manufacturing firms, short of tradies or farm workers, we could simply acquire them as migrants.

Between February 2020 and May 2021 there were net increases of 13,000 in the nation’s electricians, 12,000 in carpenters and joiners, and 4,000 in plumbers, yet the demand for these trades has increased considerably since then.

Until Australia can recover from the baby boom that has become a baby bust, until we can update workforce skillsets to meet current demand, and until once again we have a strong and well- regulated

Immigration flow that will help meet “essential national needs,” smart employers will be doing everything possible to maximise the capability of the employees they have.

Whether this process will result in increased wages for employees remains to be seen. 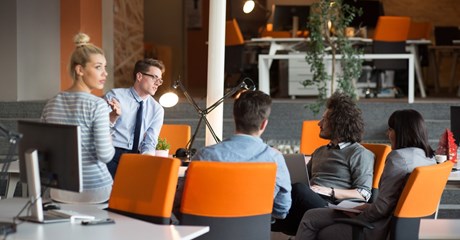