Spend, you’ll do yourself and the economy a big favour 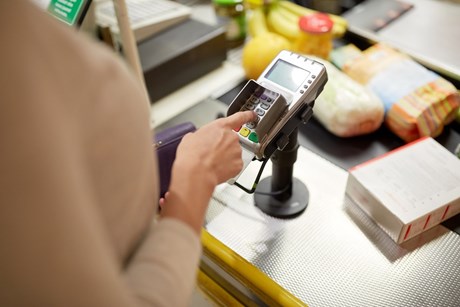 Spending now for millions of Australians is, understandably, counter intuitive. Some 390 businesses across the country (16 in SA) entered liquidation last month, a prelude to many more company collapses (see the article in our 16 August newsletter headed “Failed businesses masked by record low insolvencies”).

A need-to-spend argument would also seem difficult to uphold when this month the nation narrowly avoided heading into its second recession in two years and Treasurer Josh Freydenberg warned of “difficult days ahead with on-going Covid-19 lockdowns”.

And readers will recall we’ve reported the differing views of economists for and against the likelihood of impending inflation, catastrophic effects of eventual interest rate increases, of even a global depression.

So why would we, in the midst of so much uncertainly about what is known, let alone what is unknown, advocate spending where it’s at all possible? History, that’s why.

During the Great Depression of the 1930s people hoarded what little money they could, uncertain of the future, fearful of their capacity to survive it financially.  It was this fear people had of spending, that crippled economies for decades, a fear now gaining momentum in Australia.

But is it justified?

Despite lockdowns in NSW and Victoria have had adverse effects on not only their economies but those of other states yet national accounts data from the Australian Bureau of Statistics (ABS) show a 2.2% growth in the NSW economy, 1.4% in Victoria, 2% in Queensland, 1.8% in SA and 1.2% in WA.

It’s likely however that if lockdowns continue to late in the year the nation could slip into recession, but currently ABS numbers underline the all-important fact that Australia’s economy remains resilient, its fundamentals are sound, and it’s essentially strong.

While quite obviously there are businesses doing it tough, many fighting simply to survive, others are awash with money – indicated by announcements of record profits reflected in a stock market performing at record highs.

Some 84% of ASX 200 companies delivered a profit in the past financial year, and according to CommSec markets analyst Steven Daghlian, “those making profits are making bigger profits”.

Harvey Norman chairman Gerry Harvey who announced a 75.1% profit earlier this month also reported returning $6.02m in JobKeeper payments received from the Federal Government. He said sales in many of the company’s stores, particularly in regional areas, were “going through the roof”. (And a surprising number of other companies are also returning their JobKeeper payments.)

Macks Advisory is unaware of any economist who got anywhere near predicting that Australia would have a current account surplus of $68b in 2020-21 – given that there hasn’t been any such surplus since the mid-1970s and the nation is running, at $150b, a deficit about three times greater than it ever has.

Some astonishing export figures are coming to light.  Despite China’s restrictions on exporters, many are doing well finding other markets and export revenue is boosted by demand for Australian iron ore to maintain the Chinese aim of manufacturing well over half the world’s requirement of steel. The $170b worth of iron ore the Chinese bought from us in 2020-21 is equivalent to 10% of Australia’s entire economy.

There would seem little to be fearful about with Australia’s economic future.  Business confidence is high and investors, apparently unfazed by consequences of a predicted plunge in iron ore prices, are busy spending lots of money -- particularly on real estate – obviously believing it’s smart to buy while the dollar is as healthy as it is.

But let’s be clear. We’re not suggesting indiscriminate spending but affordable spending by individuals and businesses that can produce a return on investment.  It’s this sort of spending – rather than letting cash sit idle – that we believe benefits people individually and collectively, keeps money circulating in the economy to avoid stagflation, also avoiding repetition of the errors of 90 years ago.

The Reserve Bank of Australia (RBA) which we reported last month had decided to cut back bond buying from next month, announced as this article was being written – despite the savage consequences of current lockdowns – that it would postpone its reduction in bond buying only until February.  Obviously, the RBA believes the economy should by then be able to move forward with self-generated momentum.

The high cost of idle cash

There are renowned economists who believe non-monetary effects rather than monetary policy paid a far greater role in turning the financial crash of 1929 into The Great Depression, and who also say it’s unrealistic to rely to any great extent on the Federal Government or the RBA to secure the nation’s financial future.

The RBA, having set the interest rate at the record low of a tenth of one per cent, has virtually done all it can to stimulate the economy, and the government can’t be expected to provide record amounts of financial stimulus indefinitely.

History’s lesson is that essentially it is businesses that need to deal with the disruptive consequences of nonmonetary issues such as Covid-19, and the good news for all Australians is that to an admirable extent many businesses are finding innovative ways of doing this and are desperate to see all state borders open so they can get on with the job.

History also shows us that when businesses and individuals leave lots of money lying around doing nothing, they do themselves and the economy a disservice.

We believe it is reasonable to argue therefore that nonmonetary factors and not monetary policy are retarding the willingness and ability of job creators to put to work liquidity provided by the government and encouraged by the RBA.

Hope for the future

It is our hope that what appears to be an increasing tendency towards immobilisation among businesses large and small, will not continue.

If anything, The Great Depression should have taught business managers how to handle what economists refer to as “progressive erosion of borrowers’ collateral relative to debt burden”.  Also, about what happens when all that cash on account (that many businesses have now) starts being withdrawn to be stashed away in all sorts of odd places.

Savings/collateral stuffed under a mattress can’t be insured. So ultimately, the happiest business managers will be those who have managed to insure maximum possible amounts of capital and principal while also understanding that not only can’t stashed dollars be put to work, but as sure as night follows day inflation will progressively lessens a dollar’s value.

History teaches us that those who don’t learn from historical errors are doomed to repeat them, that a time like now is not a time to be sitting immobilised like rabbits in a spotlight, that ignoring the lessons of history can be costly.