As a measure to curb illegal phoenix activity, a new voidable transaction provision of the Corporations Act 2001 allows a liquidator or the Australian Securities and Investments Commission (ASIC) to recover property through a creditor-defeating disposition claim.

This, among the legislation’s other provisions, has potential civil and criminal implications not only for company officers but for anyone involved in facilitating such claims, so that advisors to companies – particularly in restructuring – need to be across anything to do with these dispositions.

Phoenix activity isn’t defined in the legislation. However, it’s universally recognised as a process in which people in control of a failed company transfer its assets to another totally unrelated entity. This new company has no obligations to the creditors of the failed company and has paid no proper consideration for the transferred assets.

It applies to transactions on or after 18 February 2020, where a company’s assets are transferred to another entity – with, or without, a recorded agreement -- for less than market value, or less than the best reasonably obtainable value when the disposition occurred.

Such dispositions aim to make failed companies’ assets unavailable to liquidators wanting to take control of them for the benefit of creditors, or significantly delay a process to obtain availability.

Provisions in the legislation include those to stop a company arranging for someone to own a previously non-existent property by creating an interest over it for the person, or to prevent money from an asset’s sale being directed to a third party – which amount can be caught by the provisions.

Value, price, and other considerations?

A formal valuation will determine “market value”.  Alternately this value may be what a knowledgeable, willing, but not anxious arms-length buyer would pay.

“Best price reasonably obtainable” takes account of what may be a company’s legitimate urgency to sell assets at less than market value.

When a company fails to keep proper records about a disposition, it can be presumed the arrangement was made at less than market value or the best obtainable price.

Timing is of the essence. A transaction that meets the above criteria may be voidable against a liquidator if it occurs when a company is insolvent or became insolvent because of the disposition --this happening within 12 months before a winding up.

The transaction is also voidable if a company enters external administration within 12 months of a disposition, and the liquidator can show this contributed directly or indirectly to the company’s entry to administration.

Business owners and their advisors also need to be aware ASIC has new powers to recover property for a company in liquidation and can use these either of its own volition or at the request of a liquidator.

Company officers should note the legislation now has provisions for criminal offences and civil penalties for those who fail to prevent a company from making a creditor-defeating disposition, and for other persons that facilitate a company making the disposition.

In referring to “other persons” the law is obviously targeting advisors who are involved in phoenix transactions.

It’s possible for purchasers who have bought property from people who have received it as the result of a disposition, to successfully defend themselves against claims of illegal activity by arguing they did so “in good faith”.  That defence is not available however to the initial recipient of property where such transactions were, within 12 months, the direct or indirect cause of a company going into liquidation.

To avoid being caught by creditor-defeating provisions, business owners should ensure, when selling assets, that sales are at appropriate market value, preferably substantiated by a valuation.

Maintain proper company books and records that include steps taken in the selling process.

The relation-back day, previously referred to, depends on an appointment type being:

When facing serious financial stress, and especially if it’s escalating, a business owner’s or an advisor’s procrastination in seeking expert advice from a firm like Macks Advisory can be catastrophic.

Anecdotal evidence suggests many business owners and their advisors are unfamiliar with, if not totally ignorant of pandemic inspired legislation that simplifies restructuring of valid small businesses while remaining under directors’ control. The legislation also greatly reduces the complexity and cost of external administration for small businesses (see article in our 18 May newsletter headed “Has the government missed its cue for making lasting insolvency law change?”).

We are aware of only three companies that have successfully used the new provisions for restructuring. Legal uncertainty relative to trust-structured entities may be why some directors aren’t pursuing opportunities offered by the law, but there’s little doubt thousands of business owners’ and their advisors’ procrastination in seeking advice on the legislation’s potential for them, is a major cause of its apparent disregard. 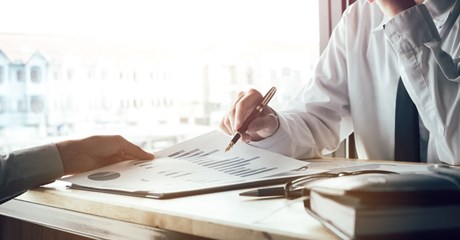