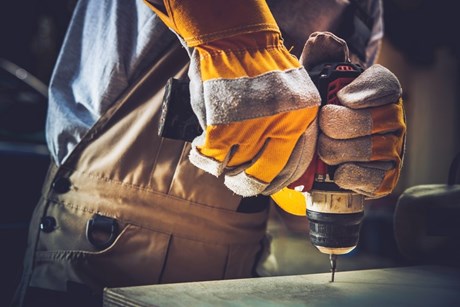 According to the Association of Professional Builders as many as 60% of companies in Australia’s apparently flourishing construction industry are losing money, and many are expected to fail early next year.

Directors of companies associated with the construction industry should be monitoring these associations carefully.

While the handing out of $25,000 grants to eligible Australians is fuelling record demand for building and renovation projects, and a stream of work is so significant that many builders are fully committed for the next 12 months with four to five times their pre-pandemic workload, cofounder of the Association of Professional Builders, Russ Stephens says he expects “a reckoning for the industry in 2022 will be biblical”.

Mr Stephens believes the grants “have made everything worse” and have “done much damage that perhaps cannot be undone”.

Excess demand is creating shortages, and any net profit many builders were expecting to make is being eroded.

Material shortages and rapidly rising prices are forcing builders to pay top dollar for timber and other resources to create, at the time this article was written, a construction inflation rate of about 25%.

Building grants are simply adding energy to what Mr Stephens says is “an approaching perfect storm”.

As builders attempt to cope with the effect of state pandemic lockdowns and accompanying restrictions, two in five employees are prevented from getting on with their work.

According to the latest figures Macks Advisory has seen, this is a situation in which projects worth some $6b are in effect paused indefinitely.

Delays and soaring costs are putting the entire industry under pressure.  Builders are constantly having to reschedule work.  Frustrated clients cannot get reliable information on when they will be able to occupy new homes or other buildings.

According to Russ Stephens three out of five construction companies are now making a loss and many aren’t even aware of it.

This is because they signed fixed price contracts ahead of proposed construction times that haven’t allowed for a variety of costs unforeseen and impossible to have known about when signed.  The longer these projects are delayed, the greater are cost blowouts.

When a job expected to take seven months takes nine, this entails at least eight weeks of extra builder’s costs for hired scaffolding, fencing and toilets, unused machinery, vehicles, and offices, as well as having to pay for supervisors who can’t be let go to take on other jobs even if work were available.

Mr Stephens says many builders operating with positive cash flows are losing sight of these costs, so that often it will be months, even years, before they have any proper appreciation of the extent of their financial trouble.

Expect to see an increasing number of unfinished homes.

Even builders who have managed to survive until now – genuinely in good shape as distinct from believing they’re in good shape – will be reluctant to finish these jobs.

An unfinished project is a liability. Why would a builder running a viable business with work scheduled, want to take on a liability?

Softening of the housing market is in sight. As existing contracts are completed and new contacts become increasingly difficult to find, it is more likely we shall see an increase in company collapses throughout the industry – including some large ones.

According to Russ Stephens: “My opinion is we’ll see carnage. The industry is in a potentially terrible state. While the alarm bells are loud and clear, it’s by no means clear what to do about this.  Operators of businesses that haven’t already reached a point of no return should be extremely and constantly vigilant in the immediate future.”

Yet a recent survey indicates all Australian capital cities rate the construction market as “warm with a positive outlook over the next few years, notwithstanding the ever-looming uncertainties of COVID-19”.

However, a qualification to that optimistic rating, according to Matt Billingham of Sydney project management firm Turner & Townsend, is that it could depend to a significant extent on claims for delays.

If henceforth you or your business are likely clients of a construction company, expect contracts to include allowances to cover the risk of price rises in the scheduling of projects.

Irrespective of further shutdowns or the extent of current ones, business analysts are predicting Sydney, Perth and Brisbane will experience annual construction cost increases of as much as 3% until the end of 2023.

In Melbourne and Adelaide it is expected to be about 2.5%.

Fortunate though Adelaideans may be in so many ways compared with the rest of Australia and the world – not only as far as building costs are concerned, but for a whole lot of other reasons -- the fact remains SA building companies are not excluded from a nationwide estimate that as many as three out of five of them are now running at a loss whether they know it or not.

Which is why we’re urging owners of all businesses currently operating in association with companies in the building industry, to be wary.