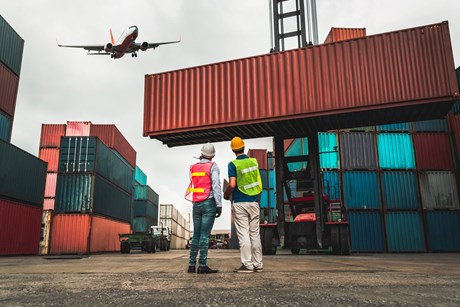 Australian businesses are aware that Covid-19’s global chaos, sharp swings in consumer demand, a devastated airline industry, and disruptions to shipping have combined to either break or dangerously stress their supply chains.

But they want to know how long the problem will last and how it can be fixed.

The push now by big retailers and manufacturers is towards regionalising their supply chains by seeking an answer to the all-important question of “where – preferably in Australia – are the best places to establish factories for suppliers to produce and assemble products”?

The answer will solve major pandemic-induced problems for Australian businesses large and small, also ensuring any future global disaster is a whole less likely to adversely affect them.

But as the country emerges from the era of restrictions, as business picks up and retailers and manufactures alike increase demands on supply chains, many of these problems will persist.

Even if the most innovative and efficient of current international suppliers to Australian companies can ramp up production to meet post-pandemic demand, or if they can’t, are able to find alternative suppliers, it seems delivery of orders could still be problematic indefinitely.

UPS International, valued at $165b, is one of the world’s largest logistics companies with a fleet of more than 500 aircraft delivering goods to 220 countries.

Scott Price, president of the group’s operations beyond the US, says it will probably take until 2025 for air travel to fully recover on long-distance routes, and pandemic damage wrought on the aviation industry has laid bare vulnerability that companies face in moving large quantities of cargo in the bellies of aircraft.

Even when capability for international deliveries is restored, businesses won’t necessarily be able to order from pre-pandemic suppliers.

Mr Price says he expects Asian factories that historically sent substantial proportions of product to buyers in the west, will increasingly tend to cater for local markets.

It may take five to 10 years before this regionality of production and sales is particularly noticeable, but it is already happening in the US where an increasing number of businesses are establishing factories in Mexico to shorten supply chains.

Australian businesses associated with Atlanta-based UPS are on notice to expect a price rise of about 3% immediately after Christmas.

But what happens after that?

If, as Mr Price says, it’ll be years before international air traffic is fully restored to pre-pandemic consistency, years before factories worldwide now focused on trying to restore supply to their domestic markets are able to consider international orders, what’s to happen meanwhile?

It’s apparent many aspects of the COVID-19 pandemic –- resultant shortages of goods, changes in prices and consumer demands and behaviour – are without modern precedent and difficult to predict.

And there’s also a groundswell of consensus among business analysts that anyone expecting a return to something approaching pre-pandemic equilibrium in demand and supply once current bottlenecks disappear, is being much too optimistic.

Macks Advisory sources are suggesting therefore central banks may have to suppress demand until supply chains normalise, and that could mean cutting back on bond buying and raising interest rates sooner than currently scheduled.

It’s a widely held view among analysts that businesses aren’t factoring enough risk of this happening into current calculations.  Indeed, some are concerned that in both physical and financial markets – when price-insensitive demand meets inelastic supply – today’s worrying price rises can be a forerunner of tomorrow’s crash, a boom-bust climate that central banks find difficult if not impossible to control.

Shipping too is a problem

Shipping problems are exacerbating supply chain problems. Not only is there a shortage of ships, but shipping lines are exacerbating supply chain problems to such an extent -- because of alleged price gouging by both ship owners and port authorities -- that Australian Consumer Competition Commission (ACCC) chairman Rod Sims has launched investigations into these matters.

Has anti-competitive behaviour in the cargo industry led to price increases, and is Shipping Australia justified in claiming high freight rates have resulted from greater demand for products, and port congestion?

Mr Sims says the ACCC is focusing specifically on whether there have been breaches of competition laws in relation to containers.

Wider issues of shipping and freight costs will be subjects of the ACCC’s annual stevedoring monitoring report to be released next month.

The ACCC wants to determine whether current problems are structural – arising from too much shipping being concentrated in too few docking areas – or whether they are mainly the result of spikes in demand as countries cease Covid-19 lockdowns.

Background to the disruption

Since then, the disruption has developed into a crisis that affects a supply chain at both source and destination and has had extreme adverse effects on production processes.

According to the Institute of Supply Management (ISM), 75% of companies have reported supply chain disruptions, 80% are expecting further disruptions, 62% have reported delays in receiving goods, and 53% say they have difficulty in getting information they can rely on, especially from China, about supply issues (how they might be resolved, or how long they are likely to exist).

It’s also estimated 450m people who work globally in supply chains have in the past 12 months either lost their jobs or have had working hours substantially reduced, and as a result, thousands of organisations have had to shut shop, cancel orders, or suspend production.

Macks Advisory suggests mounting evidence supports the following proposition: the sooner Australia’s manufacturing capacity enables businesses to be less reliant on supply chains originating in other countries, the quicker many current problems businesses are having will disappear and the sooner too will our nation’s economy be better protected against whatever global disaster comes next. 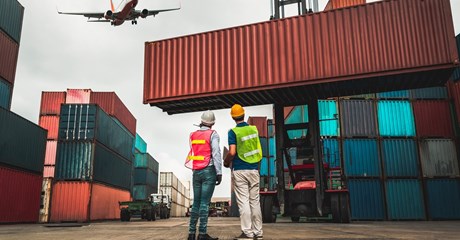