Business defaults are rising, closures inevitable in climate of uncertainty 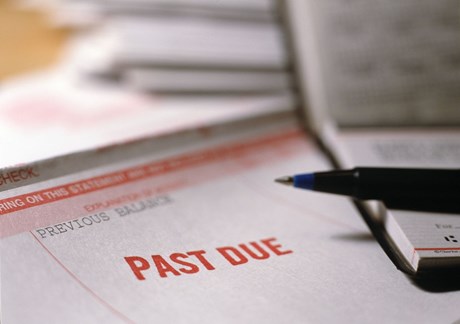 While a recent SME Growth Index shows 27.5% of businesses reported healthy cash flows -- up from 10% two years ago -- 72.5% are having problems they probably wouldn’t be having had they been able to retain on average 42.8% of working capital lost because of late invoice payments.

ScotPac chief executive Jon Sutton says this loss, together with “government red tape and compliance” – despite some improvements – have been dominant in cash flow issues since the inception of the SME Growth Index seven years ago and exacerbated by COVID-19.

However, chief economist for Credit Watch Harley Dale believes pandemic lockdowns and other matters contributing to business uncertainties will prove to be “the biggest enemies we confront between now and the end of 2021”.

Which, to a considerable extent explains why defaults, up a comparatively small 0.6%, the first rise since May last year, are, according to Mr Dale, indication of “an increasingly rocky road ahead for businesses”.

Accountants are being alerted

He says accountants are being alerted to have the “taboo” discussion with clients about the looming death knell for many businesses.

Because accountants are being relied upon with increasing frequency to give major assistance to clients preparing grant applications and on-going retesting for eligibility, CPA Australia senior manager of business policy Gavan Ord, says now could be an appropriate time for them to raise the question of business closure as a financial strategy for certain struggling clients.

“Accountants usually have the measure of their small business clients. They’ll have a good feel for which businesses will make it, which ones are line ball, and those that will inevitably fail.

“If accountants have clients who are clearly just trying to buy time as government support dwindles, they should be raising with them possibilities for exiting their businesses and the best way to go about exercising options for doing this.

“It’s much better for clients to hear this message while in regular contact with their accountants as part of the process of complying with requirements for business grant applications.”

Yet business confidence is strong in some sectors of the SA economy, as indicated earlier by the trouble-free cash flows of a significant number of small businesses.

The latest ANZ/Property Council survey shows industry confidence in the September quarter in SA rose two points to 137 – where a score of 100 is considered neutral.

All other states reported falls in confidence for the quarter, while SA’s was 17 points higher than the traditional average, and only 12 points less than the highest confidence level on record.

While some sectors of the state’s business community continue to struggle, confidence in SA’s property sector has increased 40% in the past 12 months, the only jurisdiction in the nation to report an increase in sentiment.

In the eastern states where there have been lockdowns, credit inquiries have dropped almost 20%, the first negative result since the same time last year.

This and the fact that trader receivables have fallen 12.5%, indicates many businesses have been unable to trade, and owners are waiting to see what happens when the economy moves back into top gear.

It’s a sentiment shared by CPA Australia’s Gavan Ord who says some business owners are “hanging on” to a forlorn hope they can snap back to profitability as pandemic restrictions lessen.

“In reality it’s going to be a very long way back for some.  Businesses servicing office workers in CBDs, for example, are unlikely ever to see a return to pre-COVID levels of foot traffic.

“Many business owners who elect to close their business methodically, are more likely to be better off financially when it comes to tackling whatever comes next in their lives, and less likely to suffer the emotional trauma of a sudden, forced closure.”

The “red flag” of inertia

While owners’ wait-and-see attitude and cash conservation is understandable, too many are not doing what they should be doing, namely initiating funding strategies to drive post-pandemic growth.  Although trying to grow revenue via new and existing customers, they are failing to invest in their businesses to drive that growth.

According to Mr Sutton, the danger business owners face by sitting on cash and not attempting to grow their businesses, is that they become progressively less relevant in their market.

Of smaller businesses recently surveyed, one in six were opting for invoice finance, one in nine are looking to online investment, the same proportion of owners were dipping into their own pockets to pay business expenses, and 10% were hoping to expand overdrafts to navigate tight cash flow periods.

In the pandemic’s aftermath there’s been a markedly slow uptake of the government’s bank loan initiatives.

Worry about the economy’s uncertainties and their highly levered balance sheets, is prompting too many business owners to seek funding that merely enables them “to kick the can further down the road” rather than make appropriate business decisions.

Which is why Macks Advisory asks business owners, with all due respect, will you be better off financially by moving now to close your business, attempting to maintain its status quo, or investing in it to drive a perceived potential for growth? 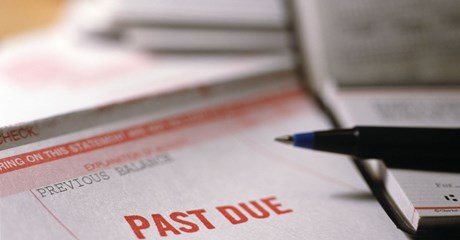