He said motor vehicle manufacturers must now make relevant information, including diagnostic tools and manuals, available to independent repairers on reasonable trade terms. He would like to see independent agricultural machinery repairers having the same access to technical information and tools that now ensured fair competition among repairers in the motor sector.

“The ACCC has also recommended simplification of multiple-paged warranty conditions, where scope and limitations even a well-trained legal practitioner would find difficult to understand.”

The rationale for change

A survey of more than 300 owners of agricultural machinery revealed their need for better recourse in the event of a machine’s failure or under-performance than the “very limited warranties” manufacturers provide -- and typically for only two years.

A further constraint is that if someone other than a dealer does servicing or repairs, warranties may be cancelled, and the effect of this is to seriously disadvantage independent repairers, especially if they lack access to diagnostic tools that display error codes, or data relating to previous servicing.

It’s a situation exacerbated by lack of fair competition in the service and parts markets for agricultural machinery, and because such machinery falls outside the legislative definition of consumer goods, the ACCC hasn’t been able to act on behalf of owners.

The Commission therefore wants to see the law changed to ensure owners of non-road-using agricultural machinery have the same level of product protection and access to repairers as do motor vehicle owners, whose cars and trucks are regarded under law as “consumer goods” -- and who accordingly, in the event of product failure or under-performance, are protected by statutory consumer guarantees.

Mr Keogh told the webinar the ACCC believed there had been a “good start” to an updated voluntary code of behaviour for the wine industry.

Major wineries, previously non-signatories of the code, have signed up and are now paying grape growers variously between 30 and 60 days after receiving grapes, a “significant improvement” on past practice – although “a number of participants in that [grape] market haven’t changed”.

The ACCC believes “there is still a lot of work to be done” about limiting the extent to which subjectivity influences assessment of grape quality, and therefore what price growers can reasonably expect for their grapes.

Mr Keogh said the ACCC will “in the next six months or so” be reviewing progress the government has made in dealing with the Commission’s recommendations relative to these and other issues affecting grape growers – notably proposed reforms of unfair contract terms legislation.

Since 2016 most grape growers have had little option but to sign with buyers a so-called “standard form contract” of non-negotiable terms and conditions that “can’t be enormously unbalanced for both parties in regards to rights and obligations – in other words they have to be fair”.

The problem’s nature and extent

For example, waste, horticulture, and dairy industries are also among those adversely affected by unilateral variation clauses in standard contracts that allow large companies to change them substantially without recourse for smaller companies.

Neither are there penalties for offering contracts that have unfair clauses in them.

This legislation will extend the law to apply to contracts offered to all businesses with turnovers of less than $10m or having fewer than 100 employees, and “it will have implications right across the agricultural sector”

According to Mr Keogh there were 19 clauses in standard contracts relative to grain warehousing agreements that have been judged to be unfair, “and while GrainCorp has not admitted they were unfair, has nonetheless already agreed to change all of them to make them fairer”.

Quad bikes can now only be sold if they have, at the point of sale, passed a minimum stability test and have rollover protection.

Mr Keogh told the webinar that, although since introduction this year of this mandatory test “a number of manufacturers have pulled out of the market”, the ACCC has become more than ever convinced the test “will reduce horrible statistics around farm fatalities and injuries associated with quad bikes”.

He said the ACC, having been asked by the government to investigate ways of improving the safety of quad bikes, discovered that while most road fatalities and injuries occurred among inexperienced people aged between 17 and 25, that statistic was reversed among quad bike riders – and in fact accidents were most prevalent among quad bike riders aged 40 or more.

Clearly these accidents, usually rollovers, were occurring among experienced farmers, essentially because quad bikes were inherently unsafe, the ACC had recommended safety standards be extended beyond previous levels to include the currently controversial stability test at points of sale. 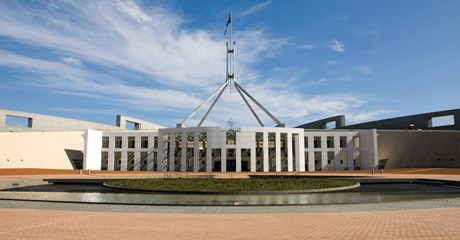