Would a return to one-year bankruptcy be a good idea? 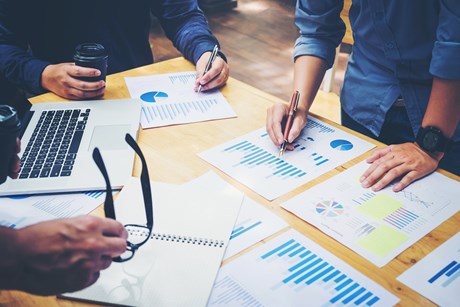 The government faces a dilemma. Should it, in the light of current economic circumstances, move to pass proposed legislation that will reintroduce one-year bankruptcy, or should it rethink the situation and opt for in-depth reform of insolvency law that better accommodates the interests of both debtors and creditors?

The one-year option has political appeal. It will encourage entrepreneurs deterred by risks they face under the current three-year regime that have been exacerbated by the pandemic, and it will help stimulate the economy.

The idea of shorter period of bankruptcy isn’t new. Until 2003 bankrupts could apply for early discharge after six months provided their estate had no prospect of yielding a dividend, the bankrupt was not liable to pay income dividends, and the bankruptcy trustee was satisfied no possible voidable transactions would lead to a dividend for creditors.

Bankrupts were disqualified from applying if they had, within 10 years, taken advantage of the Bankruptcy Act 1966, had unsecured creditors exceeding 150% of annual income, had failed to disclose certain information, or had otherwise engaged in misleading conduct.

This system was scrapped

But this system with early discharge was scrapped because it seemed most bankrupts were debtors over-extending on credit, choosing the easiest and quickest possible way out of trouble without seriously considering informal agreements, Part 9 or Part 10 arrangements.

Furthermore, it was regarded as a system which favoured debtors over creditors; which begs the question why, almost 20 years after its rejection is the reintroduction of one-year bankruptcy a distinct possibility?

It seems the government is inclined to view the economy as the dominant imperative.  It does not want to see directors of soundly based companies forced into financial difficulty by the pandemic and their directors thence into bankruptcy, side lined from a chance to contribute to the nation’s economic  recovery.

An undischarged bankrupted director of a company cannot accept a directorship in another business-related organisation, faces restricting conditions on industry membership or licences that are primarily business related, is adversely affected by credit restrictions that are both personal and business related, and cannot travel abroad without the bankruptcy trustee’s consent.

It's different for others

While these restrictions seriously disadvantage people running businesses, they have minimal if any material effect on the daily lives of consumer bankrupts.  These are by far the most common of bankrupts, but the restrictions don’t adversely affect returns to their creditors -- which in any case are generally negligible.

Thus, it is argued, particularly in the light of current economic conditions, there should be a return to the days of earlier discharge from bankruptcy that was said to promote and foster entrepreneurial activity by decreasing for directors the stigma and harsh restrictions that now prevail.

But who seriously believes struggling entrepreneurs – or any other conscientious directors focused on running their businesses these days – are worrying about how long they may have to be an undischarged bankrupt should their business fail?

For directors of phoenix companies, for ignorant, careless or incompetent directors or others devoted to making mock of insolvency legislation, a 12-months ban on business activity would seem barely punitive.

It’s hardly surprising these people, particularly those in phoenix activity that has been costing the economy up to $5b annually and forcing honestly and competently run companies out of business, are all in favour of a return of one-year bankruptcy.

The battle for balance

As bankruptcies decline annually, from a peak of 27,250 in 2008-09 down to 15,330 in 2018-19 and declining further since then, insolvency practitioners and legislators continue attempts to create a regime where there is a just and effective balance of power between debtors and creditors.

The bankruptcy peak is attributed to the global financial crisis (GFC), and the decline to consumers’ move away from credit card providers towards buy-now-pay later facilities, combined with an increasing interest in Part 9 debt agreements -- because reforms tightening relevant regulations in that area have achieved a better balance between affordability for debtors and a fairer return for creditors.

Not only has the tsunami of insolvencies predicted in consequence of the government’s withdrawal of pandemic support packages failed to materialise, but insolvency practitioners are astonished by a continuing lack of work (more of this in a subsequent article).

So, to answer the question that is the premise of this article. Macks Advisory, understands the Government’s desire to increase political capital by reintroducing one-year bankruptcy as temporary assistance for companies financially stricken in COVID-19 chaos.

Nonetheless we believe – as do many other similar firms – that permanent law changes as a reaction to temporary economic events has proved risky and unlikely to be seen as good policy in the long term.  Accordingly, the government should resist the temptation to reintroduce legislation for one-year bankruptcy permanently.  We’d rather it held off just trimming the tree for the look of it, and instead, following an extensive review, undertake branch and root reform of the insolvency system.