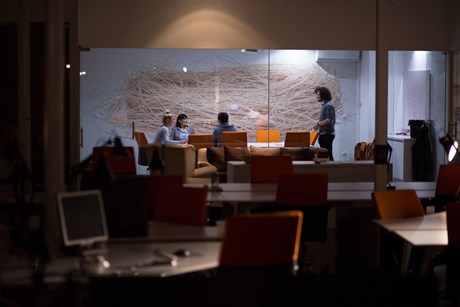 In providing for broadening and simplifying restructuring rules, Tuesday’s budget throws a lifeline to companies stricken by COVID-19 disruption.

Treasurer Josh Freydenberg said that “as Australia’s economy rebuilds, it’s important as many businesses as possible have an opportunity to turn around and survive”.

Corporate structures have been reviewed to clarify procedures during insolvency and to ensure businesses using trusts can benefit from pandemic protections that have existed for small businesses.

So-called safe harbour provisions have also been updated to ensure they remain effective, and the threshold for statutory demands will be doubled to $4000 from July 1. These demands involve a legal process that allows creditors to seek court orders to wind up companies that have failed to pay debts within 21 days.

The new measures are evidence of the government’s commitment to enhance already significant insolvency reforms aimed at enabling the post pandemic survival of soundly based businesses that can contribute to the speed of economic growth.

The reforms comprise part of non-spending announcements in the budget and will now undergo consultation and review to determine to what extent they will proceed.

Macks Advisory is among insolvency practitioners keen to see the government extend current emergency provisions so they can become a comprehensive package of long-term reform.

Sweeping insolvency measures, the most expansive in three decades, have operated from January 1 but are limited to incorporated businesses with liabilities of no more than $1m.

Such businesses in financial stress can seek advice from insolvency practitioners who will confer with owners in attempts at developing restructuring plans.  If 50% of a business’s creditors accept the plan, all unsecured creditors are bound by it.

Expectation was owners of small businesses that were fundamentally sound but in financial difficulty essentially because of the pandemic, would seize an opportunity allowing them to continue trading under what has become known as a “debtor-in-possession model”.

Since the reform became operative the Australian Securities and Investments Commission (ASIC) list of published notices reveals that only 37 companies have declared their eligibility for temporary restructuring relief, of which just six have begun restructuring. Three have been preparing restructuring plans for creditors.

The Government now wants to expand the model to incorporate about 550,000 trading trusts commonly used by small businesses, particularly those run by families.

It also wants to introduce a similar regime for all the nation’s 2.4 million companies by amending schemes of arrangement based on the debtor-in-possession model.

Schemes of arrangement allow companies to restructure debts in situations where businesses are distressed financially to an extent that they must either reduce debt levels, negotiate deals with creditors, or face collapse.  Larger businesses tend to be involved in such arrangements.

However, as things are now, companies are not entitled to automatic protection against creditor enforcement until directors have put a business into voluntary administration, and in the hands of an administrator there have been very few successes using these schemes.

To the best of our knowledge there have only been three successful conclusions to such schemes in the past three financial years.

Accordingly, under the model now expected to be developed, there would be a moratorium on creditors’ actions against a company while negotiations towards an arrangement are under way.

“The Morrison government’s temporary measures were a lifeline for thousands of small businesses, giving them the chance to keep their doors open and keep Australians in jobs.”

According to the government, Australia’s rate of insolvencies remains about 40% lower that pre-COVID levels.

SAbusinesses are holding up well as stimulus programs are being cut back.  Last month local company liquidations remained steady – 15 compared to 16 in March – and two businesses have been placed in administration.

Insolvency practitioners are surprised business failures have not increased in recent weeks but expect the casualty rate to increase in the next few months when the Australian Taxation Office (ATO) steps up its campaign to recover many companies’ unpaid taxes, and creditors increase their pressure on businesses to settle debts.

Across the rest of the country business confidence slid back slightly while SA bucked the trend reporting a nine-point increase across the SME sector to 19 points.