Procrastination in applying for DIN could cost you dearly

If you haven’t yet thought about applying for a Director Identification Number (DIN), the thought should activate the deed.

By 22 June 2022 (or possibly earlier – watch for the Governor-General’s proclamation) all established company directors, acting alternate directors and management committee members of “registered bodies” will need to have correctly applied for a DIN, or be prepared to face costly penalties.

For the first 12 months after the DIN regime begins, newly appointed directors will have an extra 28 days to apply for an identification number that will be used, especially by the Australian Securities and Investments Commission (ASIC), to track the business activity of all directors throughout their working lives.

When the new legislation has been operative for 12 months aspiring directors must have a DIN before appointment.  However, when the DIN requirement becomes effective, it’s unclear how long before people who are directors will have before they must apply for a DIN.

It’s expected applicants will need to get their DINs from ASIC which, at the time this article was written, had yet to be named as the existing Commonwealth organisation required by law to establish and maintain a register of these numbers.

Who should apply for a DIN

If directors of CATSI organisations don’t apply for a DIN within the applicable time frame, they can face a civil penalty of up to $200,000.  Directors of organisations registered under the Corporations Act can be penalised 5,000 units (currently $1,050,000), or three times the benefit derived/detriment avoided because of the contravention - whichever is higher.

People who attempt to undermine the new regime, for example by falsifying identification documents, may be subject to additional sanctions under civil and criminal law.

As “registered bodies”, the DIN requirements will apply to charities and directors of not-for-profit (NFP) organisations even if they’re also regulated under another law, such as the Australian Charities and Not-for-profits Commission Act 2012 (Cth).

Currently officers who are not directors of organisations, and people who are de facto or shadow directors, don’t have to apply for a DIN, although the legislation allows for this to change.

It’s therefore essential organisations and directors – as well as prospective directors – stay abreast not only of existing requirements relative to DINs, but impending modifications.

Practicality and flexibility are prime aims of the new legislation which allows people who are not a director but expect to become one within 12 months, to proactively apply for a DIN.  The DIN would automatically be cancelled if the applicant wasn’t appointed a director within 12 months of receiving the DIN, but could be reallocated should the same person make a subsequent application.

Effects of the DIN regime

Unscrupulous directors involved in so-called phoenixing activity have been costing the economy between $2.5b and $5b for years. They have been using nick names, middle names, multiple variations of names, and pseudonyms to mask such activity, and the DIN is expected to substantially curb such behaviour. (For further information go to https://www.macksadvisory.com.au  and type “phoenixing activity” in the search field)

Many companies will now have to update their procedures and records applying to directorships, and we expect under shareholder agreements the ability to secure a DIN will be a contractual condition for holding a directorship.

However, as the legislation stands, it appears companies needing to appoint directors in a hurry will face problems.  Although the regime is scheduled to function from 22 June next year these still need to be addressed, and a period of “grace” allowed existing company officers to apply for a DIN from that date is still unknown.

At present ASIC doesn’t verify the identity of company directors. The new system is designed to ensure directors can only ever hold one DIN and are who they say they are. It will enable a continuous trace of business activity that deters the unscrupulous among them from attempting to dissociate themselves from failed companies by varying a name in documentation.

DINs, as part of a wider reform of company regulation, will also restore lost faith in various Australian business registers that operate 30-year-old technology, will speed recognition of connections between companies and their operators, and greatly assist creditors, administrators and liquidators who in the past have often had great difficulty locating directors during insolvency matters.

The likely appointment of ASIC as the DIN Registrar and a confirmed starting date for the regime are expected to be concurrent, and dependent upon the extent of global success in dealing with the COVID-19 pandemic.

The Registrar, once the scheme is operative and a director fails to apply for a DIN as required, can specify a time limit for compliance, issue infringement notices relative to civil and criminal penalties, and seek penalties against providers of false information including those attempting to obtain multiple DINs (for which penalties of up to $21,000 and/or 12 months imprisonment apply).

Note: contravention is an offence of strict liability that implicates anyone involved in it. 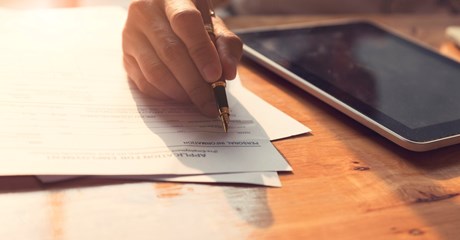