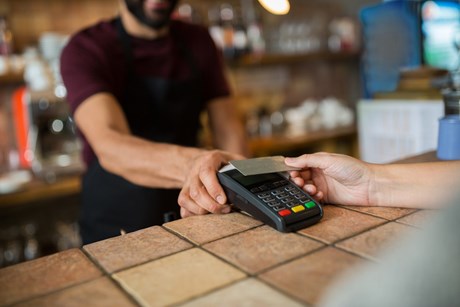 A  BankSA survey shows the state’s business and consumer confidence has soared to the highest level in a decade on the back of “genuine optimism” across metropolitan and regional areas.

Billionaire property developer Lang Walker who had approval 14 years ago to build a $3b satellite city at Buckland Park adjacent to Adelaide northern suburbs, has announced the start of work there on what’s being marketed as “the nation’s largest master planned community”. He’s also said he expects work to start mid-year on his company’s 27-storey Festival Plaza Tower.

And there are some 20 major building projects in various stages of construction in Adelaide’s approximately 260-hectare (one square mile) CBD, where approval has been given for about 40 more other large building projects.

Yet funding for this substantial activity by large companies is mystifying in light of a recent Reserve Bank of Australia (RBA) media release stating that lending to SMEs remains flat, and demand for SME credit is subdued.

With interest rates at historic lows, SMEs clearly don’t share confidence in economic recovery from the pandemic expressed in BankSA’s survey and in the apparent gung-ho attitude of bigger companies. SMEs are not seeking funding from banks to make the most of growth opportunities in what business analysts are categorising as surprisingly good conditions. Why?

Elements of the mystery

It can reasonably be argued that because SMEs’ contribution to the economy is a vital 60%, their caution in the face of some domestic and much global uncertainty about life post COVID-19 might not be such a bad thing for Australia.

But is there more to why SMEs aren’t following the optimistic lead of bigger businesses, more to why they aren’t availing themselves of banks’ plentiful loan money?  Is it likely smaller companies will be more proactive about growth any time soon?

Because the RBA has said it won’t increase interest rates for another three years, it could be that many business owners are postponing decisions on borrowing while watching which way the winds of economic change will blow.

Unless they’re involved in tourism, travel, or certain aspects of entertainment and retail, there are many SMEs that don’t momentarily need money. They’ve been able to build a liquidity buffer by taking advantage of loan payment deferral initiatives and opportunities to draw down on credit limits.

Indeed a recent survey by the Australian Bureau of Statistics (ABS) revealed 35% of SMEs reported they had cash in reserve to last them “at least six months”.

It’s also understandable why businesses severely affected by pandemic shutdowns and border closures are reluctant to heighten their angst with more debt, and why in any case banks would be reluctant to offer them loans.

Governments and regulators are obligated to ensure genuine competition is maintained in business sectors but they can’t compel banks to lend money any more than they can force businesses to borrow it.

Governments and regulators can only do their best to create a situation in which banks and their customers can interact in a climate of confidence advantageous to both.

Accordingly, the Federal Government has provided a $200b Term Funding Facility giving banks access to funds at 0.1%, and established a $40b Coronavirus SME Guarantee Scheme in which tax payers share 50% of the risk of business loans.

Furthermore, banks are flush with billions of dollars of low cost deposits from customers who in past months have been more concerned with saving money in what they perceive as uncertain times, than spending it.

The root of the matter is that banks want to, and need to lend to SMEs as a dominant sector of the economy. This, aligned with government incentives and the RBA’s assurance interest rates won’t rise in the next three years, suggests that if you’ve decided yours is a viable business needing more working capital, now is a good time to seek it.

We suggest you explore all sources of finance including small banks and non-bank lenders, grants, and programs such as the Australian Business Growth Fund.

Judo Bank, guaranteed by the Federal Government under the Financial Claims Scheme, has doubled in size in the past 12 months and there is no sign of diminishing momentum in granting loans of a minimum $250,000.

Fintech Lenders, although initially charging higher interest than banks, are willing to accept more risk, are offering a broad range of products, longer terms and as they develop track records, reductions in costs of funds and thus pricing.

Recently major global source of finance, American Express, announced it was about to enter this market where lenders are particularly appealing to business owners who need quick access to funding but can’t, or don’t want to offer property as security.

Other options could become available. Small business ombudsman Kate Carnell wants the government to establish a loan scheme where repayments are based on turnover and the interest rate is capped on a percentage of annual turnovers.  Like a HECS loan it would allow access to credit without having to pay it back until earnings reached a designated level. However we see this as a program taking a long time to set up and being difficult to administer.

Federal Treasurer Josh Freydenberg has said he wants to scrap the responsible lending laws introduced following the banking royal commission.   It’ll be interesting to see what if any options open up for borrowers should Parliament fulfil his wish.