Inflation a serious risk but not a foregone conclusion 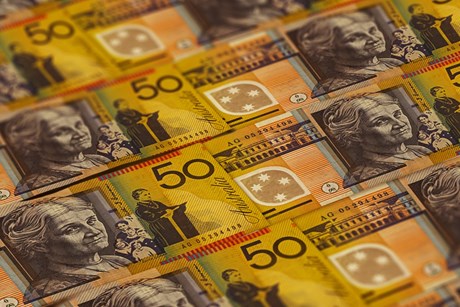 When we warned of the risks of inflation in last month’s newsletter, this was not to invite an inference these risks are forerunners of inevitably.

There are highly respected economists and business analysts who say warning signs that traditionally have been unfailing indicators of previous inflationary times, are not relevant to the current pandemic and its aftermath.

Nevertheless, some central banks have already started raising interest rates to dampen inflation, others are saying they will stand by previously announced intentions to maintain existing historically low rates for the next three years – and the Reserve Bank of Australia (RBA) is one of these.

While there is general understanding and acceptance of current inflationary risk, the fact remains that nobody can say for certain that prolonged inflation is inevitable in Australia, or anywhere else for that matter. Many economists believe that if advanced countries are to suffer inflation their suffering will not be long term.

We are heading for inflation because…….

It’s reported both the recent 9% rise in Chinese factory gate prices and America’s 5% jump in consumer prices are the highest since the global financial crisis.

Americans are paying twice what they were paying for used cars last year. Rapidly increasing used car prices - they’ve also been rising rapidly in Australia - have consistently been associated with inflation.

The US economy accounts for almost a quarter of world gross domestic product and central banks around the globe are keeping a sharp eye on how the US Federal Reserve (the “Fed”) will respond to rising inflation.

Those in Russia, Brazil and Turkey have already raised interest rates to curb inflation stemming from a surge in commodity prices this year.  Wall Street commentators say this trend is making them nervous about the immediate future, and because the US is such a powerful influence on the global economy, central banks don’t want to be caught in the cross currents of America’s extraordinary expansion.

Fed officials have announced they expect the US economy to grow 7% this year, and factories worldwide are struggling to meet US demand as commodity prices soar, particularly for tin, copper and iron.  (Prices for Australia’s iron ore have continuously been breaking records in recent months, and Americans have been paying more than $US210 a tonne for it.)

In Germany it’s expected the economy will have grown 4% by the end of the year.

When this article was being written, both Fed chair Jay Powell and the bond market were agreeing that inflation for them isn’t a worry – because instead of rising as expected due to trending inflation, the yield on 10-year US Treasury bonds has dropped from 1.75% to 1.44% in three months.

Bond investors, who undoubtedly would be aware of sharp price rises for flights, clothes, used cars, and some wages, are seeing all this as the consequence of last year’s lockdowns together with temporary but fixable supply bottlenecks.

One of these was lumber.  A housing and DIY renovation boom during the pandemic’s peak created an insatiable demand for timber at record prices, now 45% down on what they were last year as mills reopen or ramp up production.

The New York Times reports that “doves see June as the highwater mark for inflation.”

The Cleveland Fed publishes numbers monthly that support the no-need-to-worry proponents. These figures show the median component in the inflation basket – the one including most items quickly rising in price – rose 2.1% in May, less than half the headline figure (the projected rate for the whole year).

Furthermore, doves on inflation are unfazed that some employers are having to pay employees more than in pre-pandemic times. For many employees, the pandemic exposed the insecurity of their jobs and they have sought other more secure employment. Rather than wait on tables or work in any sort of a job linked to travel, why wouldn’t many people prefer to work where they can earn more and more reliably as, for example, a delivery driver?

The International Labour Organisation believes jobs recovery this year will, worldwide, still leave employers 75m short of their pre-pandemic number of employees and doesn’t expect the job creation gap to close until 2023.

It's entirely different now. Emerging from the pandemic, we face a positive demand shock in an economy that is recovering faster than expected, where massive expenditure on infrastructure and sustainably greener power and industry is unprecedented.

Even so, Macks Advisory has a nagging fear that inflation doves in the US may be pushing the envelope a tad too far and in consequence putting the global economy at hazard. They insist there’s nothing to worry about in President Joe Biden’s resolve to proceed with a spending plan that will result in a Federal deficit this year equivalent to 17% of GDP and 8% next year, all with the expectation the Fed will maintain interest rates at close to zero until 2023.

There appears some strength in the argument this loose fiscal policy is valid in the short term, that a move against inflation should be postponed until data shows higher inflation and employment levels are consistent.  But history shows if corrective measures are held back until then, they may be too little too late.

Analysts are saying this is what happened in the 1970s when the then Fed chair Arthur Burns ignored an array of red flags on rising costs of core aspects of the economy. He let the genie out of the bottle, and populations around the globe paid for the error for decades.

So, are you now worrying about inflation, or aren’t you?  We believe you have less to worry about in this era of cheap money if you’re confident you can continue to service any loans you may have, should the RBA decide it can’t maintain low interest rates for the next three years. 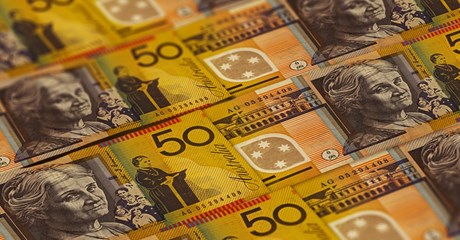