Time for accountants & clients to be in close touch 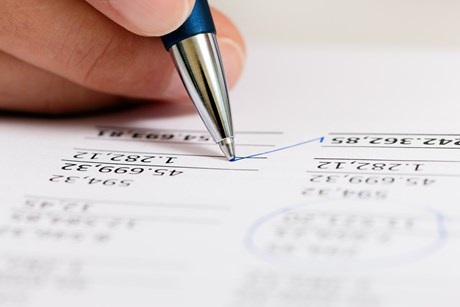 The impending removal of government support that has enabled thousands of businesses to survive the COVID-19 pandemic, makes this a vital time for accountants and their clients to stay closely in touch.

Accountants need to be fully aware of a clients’ financial situation, ensuring by way of the Australian Taxation Office (ATO) portal that BAS statements are current, tax obligations are being met, and if they’re not, that steps are in hand to resolve financial difficulties.

Australia’s economy is recovering surprisingly well after the third biggest depression since World War I, but the fact remains it’s still 3.8% below what it was this time last year.

That means although Australian governments, health officials and the general population have dealt with the pandemic more efficiently than any country with an advanced economy, a multitude of businesses here are still being hard hit by the chaos of COVID-19 which last year reduced these economies by 5.8% (compared with a global reduction of 4.4%).

Is it reality that yours is one of thousands of businesses still operating essentially because of almost $300bn the Federal Government has spent to help maintain the economy, and/or because of temporary changes to insolvency laws that lapsed on 31 December 2020?

Accountants know they may no longer be able to help protect many owners of problematic businesses who didn’t seek guidance before then, but other options for assistance still exist despite winding down of measures such as JobKeeper, commercial evictions and the moratorium on insolvent trading. (See “New restructuring laws help struggling businesses” in our January newsletter.)

However, since 1 January creditors have been able to resume their pursuit of debtors.  A countless number of indebted business owners therefore need to be in collaboration with their accountants about how to deal with a looming onslaught of debt recovery activity.

SMEs’ most frequent and common debtor is the Australian Taxation Office (ATO) which is owed in total some $53b, according to latest figures Macks Advisory has seen.

Twelve months ago the debt was about $45b, and now that creditors are free to pursue money owed them, expect in forthcoming months to see increased debt recovery activity by the ATO.

Initially it seems likely tax officers will focus on recovering money from rorters of government stimulus measures and by resumption of attempts to settle historic tax debts – money owed to the ATO in many instances long before the advent of COVID-19.

However, because small businesses and high-wealth individuals account for almost half of the $53b now owed to the ATO, such debtors can expect in the not- too- distant future to be prime targets of a recovery campaign.

We have every reason to believe tax officers’ weapon of choice for this will be the Director Penalty Notice. (For information about this Notice go to https://www.macksadvisory.com.au and enter “DPN” in the search panel.)

Business owners should bear in mind that the potential ambit for directors’ personal liability continues to be extended by legislative changes relative to PAYG, superannuation and GST obligations.

Also under scrutiny as part of the forthcoming ATO action plan, will be businesses where BAS statements are more than three months out of date, and those subject to recovery claims for money incorrectly claimed as JobKeeper payments or other government stimulus measures.

The recovery net will be wide

Because the ATO’s debt recovery net has never been wider or of finer mesh, business owners who may have had their heads in the sand in recent months need to be aware that the ATO’s options for debt recovery have also never made the personal finances of errant directors more at risk.

Nonetheless, as acute financial and commercial problems of the pandemic lessen and the business community returns to a new normal, we also believe the Federal Government will confer with Commissioner of Taxation Chris Jordan on ways to repair the nation’s ravaged financial system - in which context consideration will be given to how best the ATO can accommodate the survival of companies clearly doing their best to meet tax obligations.

While the ATO promised towards the end of last year a “really soft re-engagement on debt”, needing to recover debts now totalling $53b and mounting, means a softly-softly approach to the problem can’t continue indefinitely.

Accordingly analysts are predicting “a lot of pain beginning next month” for many businesses, and before the year is out, a rise past “normal” rates of personal and business insolvencies that will be  accompanied by a rise in unemployment to 10%.

When this domestic state of affairs is aligned with the reality that Australia is facing global consequences of the corona virus pandemic up to 40 times greater than the GFC, we don’t believe we exaggerate in any way when we say there can scarcely have been a more vital time in the history of accountancy in this country for accountants and their clients to be in close contact – not only in their mutual best interests but for the good of the nation’s economy. 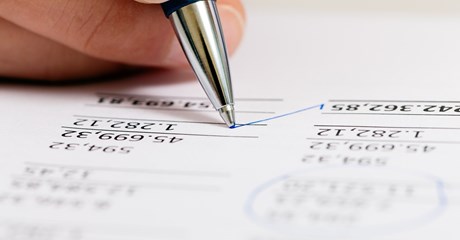