Business owners who have had their cash flows disrupted by late payers can take heart from legislation that became operative on 1 January.

Macks Advisory is aware many companies have no idea major changes will have to be made this year in how businesses are run and that if directors don’t ensure requirements of this new legislation are met, their organisations will be named and shamed and they personally may have to pay substantial fines.

The other side of the coin is that throughout the small business community that includes countless independent suppliers of goods and services, owners of small businesses can expect new laws will do much to help them stabilise cash flows, confidently fund enterprises, and employ people.

Sources tell us that many larger businesses that have fostered a late payment culture to the detriment of contractors and suppliers, have complained to government bureaucrats they weren’t given enough notice of the required magnitude of operational changes.

We understand directors and senior managers have been informed – in the nicest possible way of course – they must have been asleep at the wheel not to have been aware of the on-going, wide-ranging national debate on the issue of late payments and the government’s stated intention to resolve it.

A major change to previous legislation puts immediate and massive pressure on businesses -- notably  those with turnovers of more than $100m - to, in effect, stop using SMEs as their bankers by postponing  payments for as long as possible.  Henceforth they must pay invoices within 20 days or suffer consequences that may include public shaming along with monetary penalties.

We expect this will result in a substantial and rapid acceleration of money flows across a wide expanse of the business community.

This should generate business confidence and thus serve to boost employment.

Noting the success of earlier legislation to speed payments in the commercial building industry, the Federal Government has now used this experience to model new legislation applicable across the business community in its entirety.

Businesses that last year were taking from 60 to 90 days, in some instances even longer,  to pay their bills, will now have to settle accounts within 20 days or be prepared to face unpleasant consequences.

The time line for compliance

From 1 January delinquent companies have until June to get their accounts payable systems compliant with current legislation.

We’ve already seen board members of slow paying companies in the building industry subjected to media ridicule, although the government has encouraged regulators to give leeway to businesses displaying willingness to reform their payment processes.

Companies now forward names of suppliers to the government, which, using rules similar to those used by the Australian Taxation Office (ATO), determines whether an enterprise is recorded on a register as “small”.

At last business owners in all industries are able to become aware of companies that are bad payers, and as a consequence of that we suggest delinquent board members may find it difficult subsequently to secure appointments with other corporations.

It should be noted the government’s procurement policy requires payment to small enterprises within 20 days, and accordingly it demands all suppliers to a contract, as well as those contracting to these suppliers, also to make their payments in the same time frame for goods and services provided under that contract.

Companies that have direct or indirect government contracts and appear on a register as taking more than 20 days to pay invoices, can henceforth expect those contracts to be in jeopardy – even if executives can show a number of their suppliers are being paid within 20 days.

And obviously bureaucrats are far more likely to award contracts to companies with a record as good payers.

Gone are the days when bullies in charge of a company’s payment system will be able to delight in paying bills when they feel like it.  Smart business operators now realise the best interests of their companies are served by all invoices being paid in 20 days or less -- unless there are special features in a contract.

The link to cash flow lending

While the latest legislation will undoubtedly improve businesses’ cash flows and efficiency, standing in the way of achieving its maximum effect appear to be the on-going proliferation of unfair contracts and an appeal system with the ATO that isn’t working fairly. These two issues are impediments to cash flow lending.

Contracts still exist where large enterprises can change prices, quantities and continuation of orders, flexibility denied to small enterprises. This is because in the past four years since legislation made unfair contracts void, many bigger businesses, having found loopholes in the law, have simply ignored it.

No wonder cash flow lenders have been cautious, given this situation and an appeal system in the ATO that analysts claim have destroyed many innocent, law abiding businesses. However, now federal and state governments are expected to pass legislation before the end of the current financial year to fine any companies still operating unfair contracts.

Although Australia has mirrored US bankruptcy laws that give small enterprises in financial difficulty a reasonable chance to survive (see our 19 January newsletter article headed New restructuring laws help struggling businesses) it seems to us a strong argument can be made that this will only work if forthcoming legislation includes provision for an American style appeal system that gives taxpayers clearly defined rights. 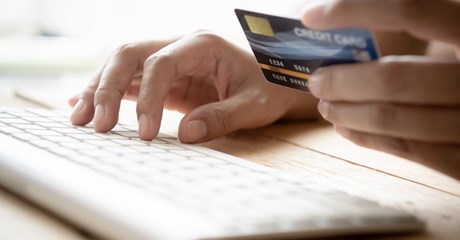