“Peak indebtedness” importance to creditors and their advisers 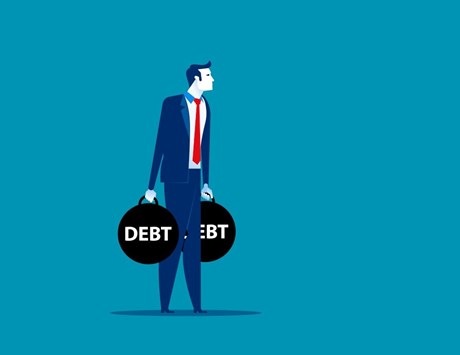 Accountants and business advisers whose clients are creditors facing a liquidator’s preference claim, should be aware of new case law that says the “peak indebtedness” of a running account is no longer the correct way to calculate the value of the liquidator’s claim.

This means that where, before a company’s liquidation, a creditor had a continuing business relationship with that company, a liquidator’s claim against the creditor may be reduced -- it was potentially reduced by $415,653 in the case we’re about to discuss. In other cases it may be completely dismissed.

As insolvency practitioners we at Macks Advisory are necessarily commercially minded, and accordingly urge readers, should they be targeted in a preference claim, or fear they could be subject to such a claim, to become pro-active rather than sitting ducks.

Immediately you, your accountant or other business advisers are aware of a liquidator’s demand, get legal advice or consult an insolvency practitioner rather than try to grapple with the complexities of attempting to defeat the claim yourself.

The “running account” principle in section 588FA(3) of the Corporations Act 2001 provides that if a transaction is part of a continuing business relationship, the series of transactions during what the Act refers to as “the relation-back” time, is treated as a single transaction. The provision aims to limit a liquidator’s preference claim where a debtor is making payments to a creditor supplying goods and services of value as part of a continuing business relationship.

Traditionally under the “peak indebtedness” rule, liquidators have been allowed to calculate the effect of a running account by subtracting the amount of a claim as at the relation-back day, from the point of peak indebtedness.  As the term suggests, this point is the highest level of debt owing to a creditor during the relation-back time and provides a simplified way of determining a running account’s net effect on a business

The relation-back day will vary on the type of insolvency appointment and/or sequence of appointments, which will determine the full extent of the period captured in this calculation.

In Badenoch Integrated Logging Pty Ltd v Bryant, in the matter of Gunns Limited (In liq) (receivers and managers appointed) [2021] FCAFC 64, the creditor Badenoch was alleged to have received preference payments in the lead up to liquidation of their client Gunns.

Badenoch provided harvesting and haulage services to Auspine Limited, a subsidiary of Gunns Limited (entity in liquidation), and Badenoch raised an invoice at month’s end payable at the end of the following month.

After Badenoch issued a second letter of demand, ceased supply, negotiated a repayment plan for all outstanding debt in exchange for providing Gunns with limited services that would be gradually tapered off, Gunns Limited (with wholly owned subsidiary Auspine Limited) was put into administration.

Gunn’s liquidators alleged 11 payments made by Gunns to Badenoch between March 2012 and 25 September 2012 (during the so-called relation-back period) were insolvent transactions and voidable under section 588FE of the Corporations Act 2001. The liquidators therefore took court action against Badenoch to recover $3,360,876 as an unfair preference.

When Badenoch appealed, the Federal Court’s Full Bench considered whether the payments to Badenoch were an integral part of a “continuing business relationship” within the meaning of section 588FA(3) of the Corporations Act, whether the series of transactions forming the relationship would constitute as single transaction, and if it did whether the peak indebtedness rule should remain as the correct way to calculate a running account.

Reviewing common law principles for determining whether a business relationship is continuous, the Court summarised them thus: payments are made where a continuing debtor-and-creditor relationship is mutually assumed, and it’s expected further debits and credits will be recorded.

A business statement of account helps in determining whether each payment is linked to goods/services provided, and whether the payment is intended to discharge existing indebtedness thus inducing the creditor to continue supply. If this is so, then the payment is not a preference unless it exceeds the goods’/services’ value.

Where the relationship contemplates on-going debits and credits, appropriating payment to a past debt is commonplace and irrelevant unless parties expressly agree the payment permanently reduces indebtedness below the level existing at the time of the agreement.

Their Honours, in stating that key to their ruling was deciding whether payments during the relation-back period were in respect of a continuing business relationship or whether their “real purpose was recovery of past indebtedness”, also declared that courts should not have an unduly restrictive approach to identifying such a relationship.

They ruled four of the 11 payments they looking at in this case were part of such a relationship --although they occurred after Badenoch issued a letter of demand, after a 10-day “stop supply” was implemented and a repayment plan negotiated for overdue invoices. (Note: this significant decision will henceforth allow creditors to take steps to recover past debt without destroying a continuing business relationship.)

The remaining seven payments were made when the relationship was changed by Badenoch’s insistence Gunns agree to a repayment plan for all past debts as a precondition for supply of any further goods/services, a plan that included a written proposal to “transition to a mutually acceptable termination of the agreement”.

The Court decided that once a continuing business relationship had been established the peak indebtedness rule should be rejected because plain reading of section 588FA(3)c of the Corporations Act indicates the legislation’s two intentions, one to take into account “all transactions forming part of the relationship”, and the other to give creditors the benefit of all dealings between parties.

It was pointed out that creditors are not disadvantaged by payments made to induce supply of goods of equal or greater value, this doctrine of ultimate effect being applied by the High Court in Airservices. Furthermore, abolition of the peak indebtedness rule is consisted with the stated purpose of Part 5.7B of the Act to provide fairness among unsecured creditors. (Applying the peak indebtedness rule can produce different results for two creditors that have supplied the same value of goods/services and received the same value of payments but on differing payment terms.)

Conclusion: Awareness of circumstances in which a liquidator’s preference claim can be justified, partly justified or totally unjustified -- particularly considering the peak indebtedness rule – is best acquired from immediate expert advice that when acted upon could benefit a creditor financially. 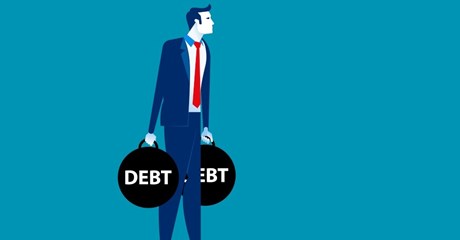