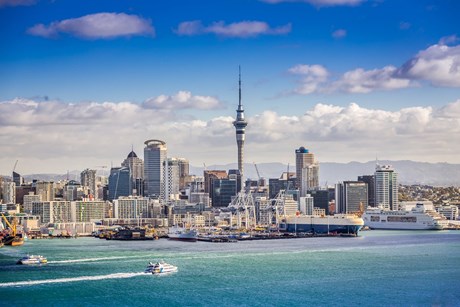 The Reserve Bank of New Zealand (RBNZ) is the first central bank of a nation in the developed world to indicate clearly – by pulling back from pandemic fiscal stimulus and halting bond purchases last month – that it believes the imminent risk of inflation may be higher than other countries think it is.

The Reserve Bank of Australia (RBA) obviously, because of its fiscal policy, does not expect that inflation even if it occurs, will come as quickly as the RBNZ thinks it will, and the US Federal Reserve (Fed), while watching it already happening in America, has said inflation there will quickly subside.

Expert opinion on what may happen about inflation, when and how best to stop dangerous growth should it occur, is, to put it mildly, confusing.

Economists are forecasting the RBNZ will raise interest rates as soon as next month to prevent the economy from overheating. But the RBA last month announced it would keep the cash rate on hold at a record low 0.1% and will not start slowing its rate of bond purchasing until next month.

Fidelity international cross asset investment specialist Antony Doyle says that by setting its weekly bond purchasing target lower to $4b a week and maintaining that to at least mid-November, the RBA “has added flexibility into any future decisions” about inflation control.

Meanwhile, the Fed, despite US inflation surging to its highest rate in a decade, is, in direct contrast to the RBNZ, continuing to pump trillions of dollars into the world’s largest economy as a pandemic recovery stimulus.

Fed chairman Jerome Powell says he’s confident the rising US inflation rate will fall once supply bottlenecks and “other temporary issues” are resolved, and he assures Wall Street “the bank has tools to quickly dampen down inflation if necessary”.

If you are running a business in Australia and trying to decide how best to tailor its operation to confront inflation, if you’re buying a home or otherwise investing in real estate with lots of unprecedented low interest money, should Jerome Powell’s confidence worry you?

According to high profile economist Terry McCrann, rather than being just worried, you should “be afraid, very afraid”, for he believes the Fed “hasn’t got a clue about what’s happening to the US economy in real time” and “the world’s financial and economic future is in the hands of a breathtakingly incompetent Fed.”

It's widely agreed the Fed’s first and easily most important job, as is the RBA’s, is to decelerate inflation.

The RBA’s stated aim is to maintain record low cash rates until Australia’s economy grows at a sustainable 2% to 3%. Although the Fed has a specific target of maintaining America’s economic growth at 2%, Chairman Powell seems unworried by a 3.7% rise in inflation in six months. (Readers may recall in our July newsletter we reported the Fed’s own forecast that the US economy, accounting as it does for a quarter of the world’s gross domestic product, will have grown 7% by year’s end.)

Despite the confusing assertions of other authoritative sources, the RBA’s governor Dr Philip Lowe calmly reiterates the bank’s view that Australia’s cash rate will not increase until inflation is sustainably within the previously mentioned 2% to 3% target range – not expected until 2024.

Where NZ is heading

The governor of the RBNZ Adrian Orr says that in his country “the major downside risks of deflation and high unemployment have receded” and “a significant level of monetary support that has been in place since 2020 should be reduced”.

But the official interest rate in NZ is being maintained at a higher rate than Australia’s, 0.25% as against 0.1%, which suggests the RBA has a handy advantage in flexibility for monetary control compared with the RBNZ’s – an advantage that will increase if the RBNZ decides on an interest rate rise next month as predicted.

Nonetheless ANZ’s chief economist in NZ Sharon Zollner says the RBNZ is right to have already stopped bond buying and that a recent statement by the bank headed “Monetary Stimulus Reduced” is a clear indication its “monetary cycle has turned”.

The RBNZ fears adverse effects on the economy from booming NZ house prices and predictions of “more persistent” consumer price inflation in months ahead because of “increasing labour shortages and rising domestic capacity pressures”.

The RBA is less fearful

House prices are also booming in Australia which last month recorded the lowest unemployment rate in 10 years, yet the RBA remains unfazed.

However, media reports suggest it’s a “dodgy” rate that falls short of reality in light of Covid lockdowns, that it’s impossible to determine to what extent there will be subsequent labour shortages because it’s unknown how many businesses will survive, and if they do, in what circumstances.

The economies of NZ and Australia are operating in differing circumstances, so it’s probably drawing too long a bow to argue that Australia should follow NZ’s lead forthwith in pro-active measures against inflation.

Nonetheless it’s interesting to note that as NZ last month became one of the first countries in the developed world to step back from pandemic money stimulus, also ceasing entirely to buy bonds, Canada’s central bank had begun scaling back its monthly bond buying last April, making it the first major central bank to reduce pandemic-related stimulus measures -- even as the US on the other side of the border was spending astronomically on stimulus.

And while it’s expected the RBNZ will increase interest rates as soon as next month, Norway’s central bank has announced it won’t do it until September.

Clearly major central banks have varying opinions on what to do about the risk of inflation – except the Fed which believes it isn’t a worry – and because they share to varying degrees a common fear of it they are moving to mitigate its threat to varying degrees.

We understand why many Australians, especially given what is happening elsewhere, reasonably question whether the RBA should be more pro-active against inflation than it is now, and well may they wonder whether it’s in the nation’s best interests to maintain the status quo until there is significant economic growth. Jerome Power’s predecessor Arthur Burns ignored the red flags of inflation in the 1970s with catastrophic global consequences.

However, Macks Advisory believes it’s unwise to seek answers by comparing the RBA’s assessment of the risk of inflation against that of other central banks. This would not be a comparison of apples against apples. Other central banks are operating in economies where circumstances differ fundamentally from Australia’s and are being affected differently by the pandemic and vaccine roll-out.

Given Australia’s current situation – it’s unknown how long Covid lockdowns will continue and when the level of vaccination will allow full rein to the economy – it could be quite some time before the sustainable growth the RBA has in mind, is achieved.

Thus it is probably fair to say the RBA’s current assessment of inflation risk seems sound – but watch this space. 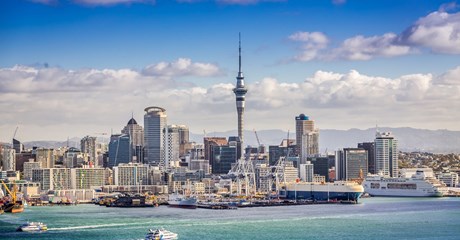