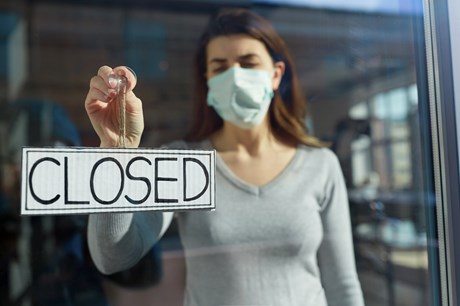 In the Covid era corporate and personal insolvencies are at record lows BUT don’t be settled into a false sense of safeness as all is NOT what it seems. One of the most significant activators is indeed activating BUT in a different way i.e. the Australian Taxation Office (ATO) (but more about that later in a subsequent newsletter).

A recent survey shows formal insolvencies in Australia have sunk to an unprecedented level. For companies they are down 49% compared with the same time last year, and the comparable figure for personal insolvencies is 69%.

A report on the survey conducted by a specialist insolvency practitioner says that as the pandemic eases the ATO will intensify recovery of their ballooning and uncollected debts, consequences of which could be adverse to the economy – although expert opinion varies about the extent of it.

The survey’s results mirror data released by the Australian Securities and Investments Commission (ASIC) which reveals external administrations for the 2020-2021 financial year were 4,234, down from 7,359 the previous year, both figures being well under the corporate regulator’s baseline number of 7,937.

There won’t be a widely predicted tsunami of insolvencies as we emerge from the pandemic (see the article headed What has happened about the predicted insolvency tsunami? in our 16 June newsletter). Nevertheless, as government fiscal support is withdrawn from companies that without it would have collapsed long ago, and as debt recovery campaigns get into full swing, insolvency practitioners can expect to be much busier in the next 12 months than they are now.

The most common triggers for formal insolvency appointments are recovery actions by the ATO, providers of finance and landlords, but their reluctance for a variety of reasons, to launch these actions during the pandemic, combined with an abundance of record low-interest money, have had disturbing effects.

The Federal Government is already more than $300b in debt, and forward estimates suggest even if the ATO renews its pre-Covid campaign of debt recovery it will still be owed $46b by 2025 (see also in this newsletter the article headed Toying with the ATO’s patience can be costly).

However, CEO of Credit Watch Patrick Coughlin expects the momentum of debt recovery and insolvency appointments to build gradually. Many such actions that would have been taken by now in normal circumstances, may never be taken.

Prolonged freedom from action by creditors during the pandemic has given directors of zombie companies more time than usual to illegally dissipate assets, making it therefore ever more difficult and costly for liquidators to trace them. Even if eventually found, an asset’s value over time in many instances will have diminished greatly, even totally.

Mr Coughlin says recurring lockdowns and other restrictions have developed resilience, capacity for innovation and efficiency in business owners that many lacked pre-Covid, so that survival rates of businesses are likely to be higher than expected, insolvencies lower, and the momentum of company collapses considerably less dramatic than forecast.

According to BankSA State Monitor, business confidence in SA is at its highest in almost a quarter of a century and the recent lockdown will likely be no more than a minor impediment as economic momentum continues building.

Credit Watch’s Patrick Coughlin says retail businesses and those that have “a sophisticated e- commerce offering, are doing really well, but those reliant on bricks-and-mortar and foot traffic for sales, particularly in the CBD, have been getting absolutely hammered”.

Measured just prior to last month’s lockdown, according to the BankSA State Monitor business confidence was at a record high 134.6 points, up 4.7, but despite July’s Covid disruptions, David Firth believes businesses will maintain their record of “managing Covid outbreaks incredibly well”.

Negative effects from the July lockdown are expected, because of government financial support, to
be “very limited”.

In the past three months businesses employing new staff has increased by 8%, and a further 12% have informed State Monitor they intended to create new jobs during this month and next.

Mr Firth says he believes strong confidence is being maintained because a massive number of businesses didn’t, as widely forecast, “fall off a JobKeeper cliff” as the government support program was wound back. SA’s economy has also benefitted from successfully fighting the pandemic, as well as from “business friendly” state and federal budgets.

Confidence in the construction industry is the highest recorded by the Monitor since August 2007 and people, whatever their jobs, are more confident in holding the one they have, and also of getting another one should they decide they want to move.

Mr Firth adds: “Interestingly it’s people in the 25-34 age bracket who are most confident, the very people SA has always tended to lose interstate, so that is a very positive sign”.

Managing director of Century Engineering, David Heaslip -- a firm focusing on defence industries, mining and water treatment that has invested $4m in expansion in the past three years -- says this is indicative of his belief that customers are in business for the long haul with projects ahead of them.

It presently remains unknown (until return to a more normalised state of normal if and when that is possible AND yet to be seen) how many failed businesses are now operating by way of government largesse and the pandemic’s special protective insolvency legislation, but anecdotal evidence suggests
that of the nation’s 2.2m or so businesses, SA is afflicted by fewer zombies than most of the other states. 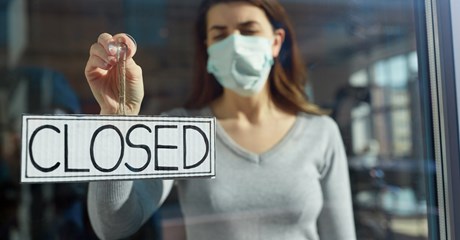