Is this just quiet before an insolvency storm - if so, how long will it last? 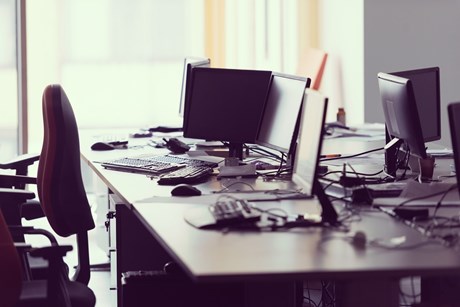 Even insolvency practitioners can’t believe how quiet it is on the insolvency front.  It’s been surprisingly quiet all this year, given insolvency appointments were expected to rise as government pandemic financial support was wound back.

Indeed we’ve gone from mere quiet to deathly silence as everyone waits with baited breath to see what will happen in the aftermath of JobKeeper and in the face of business analysists’ predictions of a consequent “tsunami of insolvencies”.

But many of these same people are now suggesting a tsunami is problematic, that forthcoming insolvency appointments won’t be of anything like tsunami proportions, they won’t be triggered immediately and massively post JobKeeper, and instead will build gradually.

What’s brought about this change of thinking and is it justified?

Looking in the rear vision mirror

Last October insolvency practitioners were running webinars discussing how best to cope with what they referred to as “an impending tsunami of insolvencies”.

By the end of last year the Federal Parliament had hurriedly passed new insolvency laws to deal with the predicted disaster throughout this year, when insolvency appointments were then expected to reach unprecedented heights in the December quarter following a March winding down of Federal Government pandemic aid programs.

Bankruptcies had fallen 53%, debt agreements 58% and personal insolvency agreements by 20.6%. Declines were across all states and territories.

According to Australian Securities and Investment (ASIC) figures there had been a similar but slightly lower drop in corporate collapses (48%) in comparable December quarters.

As government financial aid was lessened or withdrawn, expectation was that personal and corporate insolvency levels would begin rising again to something approaching normal.

But this hasn’t happened.  Personal insolvency appointments are still only about 50% of the long term average. Similarly the rate of corporate insolvencies shows no immediate sign of increasing.

It was widely expected by now there would at least be signs of a substantial uptake by businesses of opportunities to use two new types of appointments legislated by the Federal Government – for small business restructuring and simplified liquidations – aimed at lessening their financial losses during the pandemic.  But this hasn’t happened either. Macks Advisory is aware of only a handful of such appointments nationwide, and can’t see there being a big demand for them in the immediate future.

Some 3.6m employees were granted support during the initial JobKeeper program, but by the start of this year that was down to 1.54m people in 520,000 businesses.  By the time JobKeeper 1.0 ended 2.13m employees had stopped relying on the program, and the Australian Banking Association has announced 91% of loans deferred during the pandemic are once more being repaid.

It’s clear government stimulus has worked well - perhaps unnecessarily well where it’s seen many businesses are apparently emerging from the pandemic better off than they were before it.

However, it’s unknown how many of these could yet have issues with the Australian Taxation Office (ATO) as it resumes post-pandemic debt recovery and compliance programs.  The ATO’s debt book grew by at least $8b during the COVID-19 chaos, and in 10 months it filed only five winding up applications (down from 1500 in the previous 10 months).

But even if the ATO starts issuing hundreds of Director Penalty Notices (DPNs) we’re not expecting a tsunami of insolvencies.  Anecdotal evidence is that countless thousands of business owners have used the breathing space provided by government support programs to restructure their businesses and in the process have in many instances been able to reduce running costs by up to 20%.

Looking down the track

If you’re a business owner wondering what sort of an economic climate you’ll be facing in the months ahead you’ve ever reason to be optimistic. (See accompanying article in this newsletter “Maybe there won’t be a tsunami of post-pandemic insolvencies”.)

According to Finance Minister Simon Birmingham a massive $23b was unexpectedly expunged from the budgeted national debt during the summer because of an accelerating economic recovery that’s enhanced tax receipts by an unforeseen $10.7b as increasing numbers of Australians found work – and accordingly, the government spent $12.3b less in six months than it expected to pay for JobKeeper support.

True, business generally is better than expected, but don’t hope for too much from the next federal budget. Senator Birmingham says that “while Australia’s economic performance is the envy of the world, $251b of government pandemic support leaves us with a deficit that remains the nation’s largest in peacetime history.”

Bottom line for our optimism that the current quiet in matters of insolvency may not be the proverbial quiet before a storm, is a KPMG global survey of 500 chief executives before the launch of last month’s modified JobKeeper.  It showed 100% of the Australian CEOs were either “confident or very confident” about their companies’ growth prospects in the next three years -- compared with 91% of CEOs from overseas.