Three months ago it was all too obvious the pundits were divided on how Australia’s economy was likely to fare as the chaos of COVID-19 subsided.  Obviously they didn’t even know how much they didn’t know, for now they’re saying recovery has exceeded the most positive forecasts and are warning of challenges imbedded in over confidence.

What is the significance of this current assessment of economic potential to business owners trying to assess the fate of their companies in the immediate future?

Latest Australian Bureau of Statistics (ABS) data shows borrowers have resumed crisis-deferred payments on 96.5% of major loans, and clearly this will lessen the predicted bad-debts fallout from withdrawal of government assistance programs such as JobKeeper.

Only about 1.2% of business loans and 5% of housing loans now remain deferred.

ANZ Bank chief executive Shayne Elliott says he believes data will eventually show national output has already surpassed the pre-corona virus level of late 2019, so that the challenge now to be faced by governments is effective distribution of the benefits of growth rather than concern about its pace.

The basis for confidence

The economy contracted 7% by the end of the financial year 2019-20 in the face of predictions of double-digit unemployment, a tsunami of loan defaults and a crashing gross domestic product (GDP).

Economists are now saying the 3.3% growth rate in the first quarter of the current financial year – the strongest quarterly increase in 45 years – is the basis for predictions that it will be 4.2% by the end of 2021 and 2.7% in 2022, and the unemployment rate is likely to be about 5.8% by the end of this year and down to 5% next year.

Given population growth will undeniably remain low, these indications and forecasts are substantially above trend.

Unexpectedly high house prices – spectacularly high in some areas – has meant that residential property loans taken out before and during the pandemic can now be paid out in full, and surveys show that many SMEs have reorganised to an extent that they’ve been able to reduce costs between 10% and 20%.

The basis for concern

But problems remain. Not all businesses, and indeed not all individuals, are likely to be beneficiaries of what some leading business analysts are suggesting could even be a forthcoming “boom”.  However, not everyone owns a house and not all businesses are well placed with assets.

It may be that latest predictions for growth eventuate, but the challenge facing governments is to ensure the benefits of predicted fast growth, including growth itself, are distributed equitably.

The National Audit Office (NAO) is investigating the Australian Taxation Office’s (ATO’s) administration of the $8.5b JobKeeper program that kept more than a million businesses operational and about 3.8m people in jobs during the pandemic - especially in the light of an Ownership Matters report on 32% of the ASX’s top 300 companies that received government subsidies.

Among them were a group of 66 that received $13.8b in six months, and half of these have since reported strong profits and underlying earnings better than pre-pandemic levels.

Yet to thousands of business owners, the NAO audit of JobKeeper’s administration is about as useful as shutting the stable door after the horse has bolted. They now want to see the unexpected pace of economic recovery monitored effectively.

How can this be done?

Small Business Australia’s executive director Bill Lang wants to see “dollar-for-dollar funding” – federally and by the states -- for carefully targeted businesses able to “get back on their feet”. He says different industries have been differently disadvantaged by the pandemic, depending on the extent and quality of state support.

Aspects of the Federal Government’s recently announced $1.2b stimulus package to help boost domestic travel have been criticised because of a perceived lack of balance.

Restaurant and Catering Association chief executive officer Wes Lambert says that of the association’s  48,700 restaurants, cafes and caterers operating pre-COVID-19, about 10% would close permanently by the end of June, about 6,500 have already closed nationally, and about another 3,500 are expected go out of business in the next three months.

The Tourism and Transport Forum is calling for dedicated wage subsidies until international travel resumes.

Meanwhile president of the Central European Bank and former chair and managing director of the International Monetary Fund, Christine Lagarde, has urged governments worldwide against withdrawing too much pandemic financial support too soon. 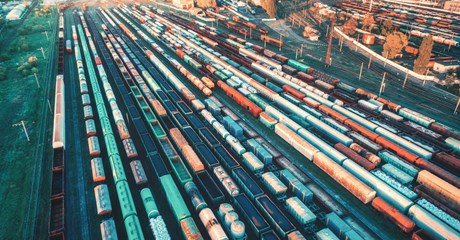