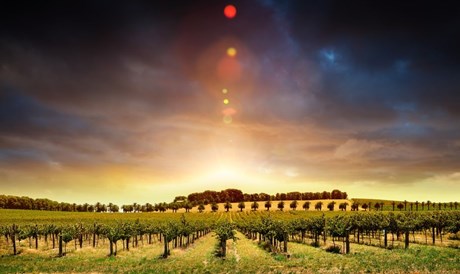 Readers will be aware of Macks Advisory’s long history working to assist participants in the Australian and international wine industry. This experience has resulted in a keen interest in the industry’s performance and growth. South Australia has a particularly strong role to play in the nation’s wine sector accounting for 49.11% of the total grape crush in 2018. It is our belief that a sector which contributes $45.5 billion in gross output to the Australian economy and supports 163,790 jobs directly and indirectly is one which deserves our upmost attention.

Then came Covid-19, China tensions and a shocking 2020 vintage in many premium regions…………

Let’s start with China - even before the current virus, there were some concerns of oversupply into this critical market mainly due to a small reduction in local consumption. The virus fears led to cancellation of trade fairs and a slowdown in orders.

From an Australian perspective, the commercial sector places it as a competitor with the other lower value regions, such as South America and parts of Europe. The margins here are usually quite thin, especially with higher grapes prices.  In addition, there are several Australian based Chinese wine exporters, who buy up cheaper wines and ship to China in bulk or bottle. Some move over 250,000 cases a year!

Of far greater importance and margin are the sales of premium wines, typically from the better-known regions such as Barossa, McLaren Vale and Margaret River. Australian exports are spearheaded by Treasury Wine Estates, whose high value brand portfolio far exceeds any other competitor. The smaller wine companies follow in their wake.

Sales to China, our largest market by a long way, have dropped a little, but are still at $1.14billion. However, the value of exports in the January to April 2020 period  dropped 14%. Total wine imports into China declined by 14% over the last year, with France being the biggest loser at 36%. It is impossible to make any sensible forecasts at the moment. Suffice to say, China is critical to the Australian wine industry, and the last thing we need are trade embargoes or tariffs. Watch this space.

A recent report on the state of the US wine industry was very disturbing. Overall wine sales by volume were down for the first time in 25 years. Overplanting of vineyards led to a glut, with some grapes not even harvested last year. However, Australia is maintaining its sales, exporting over $400m of wine each year, performing best in the premium sector. The low 2020 vintage in South Australia will impact volume availability, but not for a couple of years.

Many years ago Australia was the leading exporter to the UK. Whilst it is still a major market, the margins have shrunk considerably. This is mainly due to the average retail price of wine in the UK, which will reach £6 a bottle this year. With the shipping cost and taxes, Australian wine is better suited to the higher price points, as local European suppliers can meet the lower price points. Exports declined 7% to $356million in the last year, and seem likely to stay at this level.

The on trade closed in March, and we suspect it will take a long time to recover. In the mean time, overall wine sales have been strong, with a large increase in online sales. Of course, with the smaller wine companies losing their customer base, there have been some very good offers through the online  channels. Woolworths and Coles continue to dominate and further expand their own brand portfolio. There will be very tough times ahead for many small wine companies.

No official numbers have been released yet, however industry executives are forecasting a 20% drop on last year. Most of the premium South Australian wine regions suffered from the adverse effects of  heat and bushfire, with yields down at least 50%. For the smaller wine companies this will further exacerbate the effect of the on trade closure.

There was a time in the 1990, and early 2000’s that Australia had a distinct advantage in export markets. Production costs were low, and the exchange rate was favourable. That has now changed. The greatest change has been brought about by drought and water costs. In the Barossa, for example, it costs $6,000/hectare to grow grapes, but up to $3,000/hectare to irrigate. In parts of the Riverland these figures are even higher if temporary water is purchased.

This is against a backdrop of historically low funding costs, providing no room for movement.

The recent Administration of McWilliams Wines is a stark reminder of how fragile the industry can be. 20 years ago they were the leading light. And yet with sales of $87m, they were unable to survive.

It is clear that Australia can only thrive long term by moving away from the entry level sector. The recent trends have been good, but markets are fragile and the weather can be unkind, as was the case so recently.

The obvious conclusion is that Australia has to participate in the higher priced export segments and  is well placed to do so. The product is well received being value for money against its major competitors.

The Future to Come

It would seem that the Australian wine industry, after a few years of upturn, may be in for a difficult period. So much of its future is based on Chinese consumption and investment. This combined with increasing production costs and global oversupply issues may put a brake on growth. And that is all before the world moves into a massive recession.

Superficially, the picture looks rosy. For the 12 months ended April 2020 the value of exports rose 3% to $2.89m, year on year, but with a volume decline of 10%, evidencing the product mix improvement.

However, the true effects of Covid-19 and the China trade issues have not yet been felt by the Australian wine industry.