It’s important to be able to track the “gig” economy

A gig economy is a free market system in which temporary positions are common and organizations contract with independent workers for short-term engagements. The term "gig" is a slang word meaning "a job for a specified period of time".

For realistic assessments of the state of the nation’s economy, to ensure business and government policy makers aren’t working on social and economic models that are outdated, it’s essential employment data accommodates information about the increasing variety of non-traditional so-called “gig” jobs that is currently overlooked.

Recognising the need to be able to keep tabs on matters relative to these non-employee jobs in order to measure their contribution to economic activity – and for a number of other cogent reasons – US economists are undertaking a series of estimates that, reasonably argued, could be applicable to Australia.

What these estimates reveal

They show that over the past couple of decades the number of gig workers – people who operate independently from traditional payroll systems (for example using apps) has increased 27%.

This incorporates an estimated 40% increase in jobs related to ground transportation alone, which over the same period exceeds the increase in jobs of this kind for pay roll-based employees.

According to American estimates, gig economy jobs are replacing traditional payroll employees by more than 80% in some large metropolitan areas.

However, before we assume the same thing is happening in Australia to the same degree, Petrina Coventry who is a professor at the University of Adelaide Business School, points out that these statistics are based on estimates from differing sources of data.

These would sometimes appear to offer conflicting messages about the prevalence of non-traditional work, and work that is specifically gig employment.  Accordingly, there are differences of opinion on the estimates’ validity.

However Professor Coventry was reported recently as saying that while there was disagreement about the accuracy of certain of the US numbers, there was general agreement it was important that a mechanism be developed in Australia to measure the effect of its new, rapidly expanding gig work force.

Clearly Australian agencies that governments and private sector organisations rely on to produce meaningful data on employment are falling short of requirements for effective decisions and policy making.

They are working with obviously outdated systems and paradigms that can’t accommodate a labour force that has changed markedly and is continuing to change.

Types of employment and arrangements relative to them have never been more fluid, and when today’s children join the workforce it will in many instances be to take on types of work that don’t exist now.  Unless more accurate measures are devised to keep abreast of the significance of these changes, there is a real and present danger that outdated and therefore inaccurate work force data being presented to policy makers will result in flawed social and economic policies.

The existing system of labour measurement was created to focus on work generally being done within traditional employment relationships, and thus has often been unable to accommodate changes in work patterns that include, for example, multiple job-holdings and work not recorded on traditional payrolls.

We know this to be an increasing trend, but Macks Advisory is unaware of any attempts in Australia to measure the rate or true extent of it, as the Americans have done.

A new Australian system must be able to capture and measure emerging kinds of work never previously regarded as a “job”.

The challenge for reporting agencies is to be able to advise policy makers in government and private sectors about who is engaged in gig work, where they work, and what type of work they’re doing. Agencies need to be able to evaluate ratios of the employment equation (whether certain types of gig workers are supplementary or mainstream sources of employment, how much they’re earning and how they’re being paid).

Furthermore, the increasing threat of automation to traditional jobs is also a powerful incentive for development of a system that provides win/win economic and social advantages for all workers, policy makers and regulators. 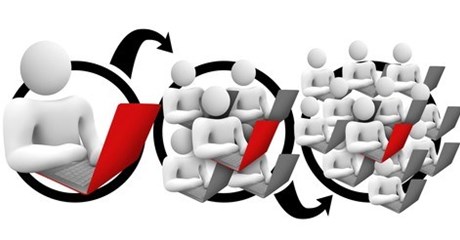