The nation’s top financial regulators are urging banks to use their capital buffers to extend support for businesses and households as the Federal Government’s stimulus programs are about to be revised and reset.

The banks are already working with the regulators in a joint effort to defer some 780,000 loans worth $236b as part of a strategy to restore an economy devastated by COVID-19.  However the regulators argue conditions are now favourable for banks to reinforce this effort by deploying  buffer capital, for their own, their customers’ and the nation’s benefit.

The Council of Financial Regulators (CFR) -- comprising representatives of the Reserve Bank of Australia (RBA), the Federal Treasury, the Australian Securities and Investments Commission (ASIC) and the Australian Prudential Regulation Authority (APRA) – released an encouraging report in support of this view after a meeting at the end of the June quarter.

In this optimistic document the Council noted “a nascent recovery in business activity and reduced volatility in global financial markets generally.”

The dilemma for banks

Macks Advisory has no doubt that in the months ahead banks will be weighing very carefully risks they face in doing what the regulators want them to do, against deciding not to do it.

More than 200,000 Australian SMEs owe lenders about $60b, and 98% of all Australian businesses have since March been eligible for some measure of government assistance and or deferment of principal and interest payments on business loans.

Whether or not their cash flows were maintained primarily as a result of government assistance, a bank’s forbearance or temporary modifications to insolvency law, almost one in three small businesses said their mid-June cash flow rates would allow them to survive for less than three months. Almost a quarter of medium sized businesses and 12% of large businesses said the same thing.

Only 8% of businesses surveyed reported an income increase compared with the same time last year.

Clearly bankers will be watching with intense interest results of the Federal Government’s decision announced on 8 July to extend subsidies for workers in struggling businesses beyond the previously announced cut off date in September. Concurrent with the extension will be a new turnover test to determine employers’ eligibility.

Furthermore, political commentators are generally of the opinion the Government’s mini-budget to be released (probably about 23 July) will reset the JobKeeper program in some sort of national format rather than for industry-specific support.

We understand it was the $6b estimated cost to the national economy of Melbourne’s COVID-19 lockdown that triggered the Government’s belief in necessity for a nationally consistent support program based on business needs as a whole.  And this is in line with Treasurer Josh Frydenberg’s recent statement that the Government is also considering fast-tracking income tax cuts planned for the next five years.

Bankers have a similar problem to the Government.

For their own sakes as well as customers’ they’re trying to discover which businesses should continue to be granted concessions, and which will be unsustainable even with the newly announced extended Government support. Most particularly are bankers trying to decide to what extent, if any, their banks’ capital buffers should be part of the solution to this problem.

Looking at ways and means

Without extended government relief too many worthwhile businesses were not likely to survive COVID-19’s economic chaos, even with existing temporary changes to insolvency law and their share of $70b in JobKeeper wage subsidies and $30b in cash flow support.

Sources informed us in the first week of July that major banks believed only somewhere between 10% and 15% of small businesses that had been granted loan repayment deferrals to that stage were possibly able to resume repayments.

The great and scary unknown, is which and how many of these businesses will be able to continue repaying their loans even with continuing government and banks’ support.

The Australian Banking Association reports 19 banks have deferred 216,372 business loans worth $59.9b and some 500,000 mortgages worth $200b. Lenders are telling borrowers they should – in their own best interests -- resume repayments now if that’s possible.

Borrowers granted deferrals, still struggling to make full repayments yet considered by banks to be running essentially sound businesses, may be offered options that include a four-month deferral extension, a restructured loan, conversion to interest-only payments for a set period of time, or a combination thereof.

It’s Macks Advisory’s view that while it should be acknowledged the support banks have already given businesses significantly benefits the economy, it’s understandable their prime focus is on what they must do to retain customers capable of repaying loans, while also retaining shareholders’ confidence.  If bankers decide “must” involves reducing capital buffers, they face the very real prospect of shareholders’ career threatening wrath.  Many shareholders, dividend-deprived as a result of the current economic downturn and bankers’ unacceptable behaviour exposed in a royal commission and recent court impositions, are none too happy as it is.

The pressure point for banks

But do bankers have any obligation to continue to help businesses survive post COVID-19?  The CFR firmly believes they do.

The regulators’ argument in essence is that the government has invested capital in businesses’ survival, and banks should be prepared similarly to invest their capital – both for the good of their own businesses and in the sure and certain knowledge that access to credit is now more vital than it ever was for the sustainability and possible subsequent growth of all businesses.

The CFR is also pressuring banks to do more because they are among the top quartile globally for capital. Following regulators’ push for them to maintain “unquestionably strong ratios” they believe a view that Australian banks are now well positioned to maximise possible help for sustainable businesses, is reasonable.

Our internally rated banks or advanced banks were required to have common equity tier 1 (CET1) capital of 10.5% by earlier this year, and regulators are saying this gives them enough wriggle room to give further support to the economy.

Some 60% of businesses, according to the ABS, are now seeking professional advice from accountants, advisory companies and government agencies on how to maximise their chances of surviving the corona virus crisis.

Owners of these businesses will be keenly interested to see what eventuates from the CFR’s pressure on banks to do more to help them. 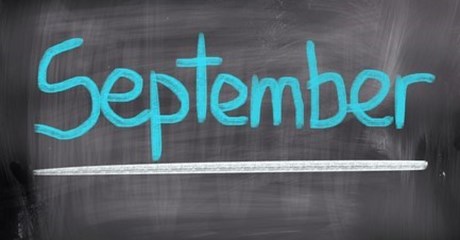