Business operators who’ve decided they need office space in Adelaide’s CBD are on the horns of a dilemma.

As demand for space reaches new heights - indicating procrastination could mean they’ll miss out on what they want - a counter indication by Deloitte Access Economic ‘s Business Outlook is that haste in buying or leasing could be unwise.  Deloitte forecasts the tightness of the SA economy will ease very little and very slowly during this year and next.

Colliers International’s James Young reinforces the ongoing demand by interstate and overseas investors in acquiring office assets in Adelaide.  The yields that the Adelaide market offers compared to other capital cities is enticing.

Therefore if you’re running a business and have yet to decide whether you’ll buy or lease city office space, what follows may be worth considering.

The boost in the market

Local agents report that Adelaide CBD office buildings worth about $750m were sold last year, four of the top five sales being made to off-shore buyers.

JLL national director Roger Klem says passive investors attracted to relatively higher returns than those offered in Sydney and Melbourne have lapped up the stamp duty exemption for commercial transactions, despite uncertainty about land tax legislation.

Knight Frank head of institutional sales in Victoria and SA, Guy Bennett, says because Sydney and Melbourne yields are expected to slide below 4% in the next couple of years, Adelaide investment will look more enticing, and additionally so because demand from an expanding defence sector had already cut Adelaide’s CBD office vacancy rate by the end of 2019 to a five-year low of 12.8%.

But according to Deloitte, all of the SA’s major engines of growth, consumer spending, business investment, housing construction and exports are merely “spluttering”.

People’s disinclination to spend despite tax reforms and low interest rates is exacerbated by SA’s lower population growth compared with other States, which is why the growth of consumer spending has subsided to the lowest in seven years.

Housing and construction growth has also logged its weakest performance over the same time span as banks have progressively tightened lending conditions.

The Deloitte report makes what Macks Advisory believes will be an interesting assertion to many SA business people, namely that a 20% drop in export volumes in the past 12 months is due in no small measure to companies’ increasing unwillingness to invest in staff. (Look for more on this topic in a subsequent newsletter article on how the importance of “human capital” to businesses big and small is taking centre stage in 2020.)

Along with other States, SA businesses are of course struggling with the challenges of drought, bushfires, and manufacturing sector difficulties.

However they operate with an additional handicap.  They are being denied one of the most vital growth factors for economic advancement - significant population growth.

What the numbers show

Five other States are ahead of SA in attracting migrants.  It remains to be seen whether in the next couple of years of State and Federal government initiatives plus the attraction of defence, space and other industries unique to SA will be enough to correct the current imbalance.

There are fewer people under the age of 25 living in SA than there were over 30 years ago.

Lack of entry level jobs, lack of job opportunities, dead end career paths (unless job applicants have been willing to work interstate), has meant that for decades SA has been losing its best and brightest employees.  Furthermore, their exodus to what is seen as greener pastures will continue unless the prevailing immigration trend can somehow be turned around.

To what extent would a population turnaround affect how, and how soon business owners/operators should be coming to grips with a possible need for CBD office space - when expert opinion is that for the next couple of years the SA economy will grow little and slowly?

The dilemma in concluding

“Life”, according to renowned US journalist and wit H.L. Mencken, “is constant oscillation between the sharp horns of dilemmas” which, according to fellow American satirist Erica Jong, must be dealt with: “For if one does not risk anything, one risks even more”.

But how to deal with this office space dilemma when half the experts one consults insist that “he [and presumably also she] who hesitates is lost” -- and the other half are urging one to “look before you leap”? 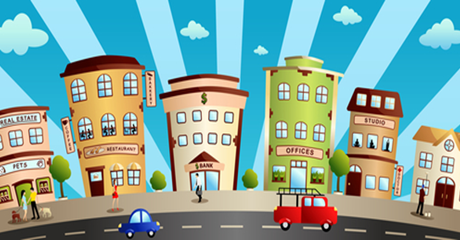