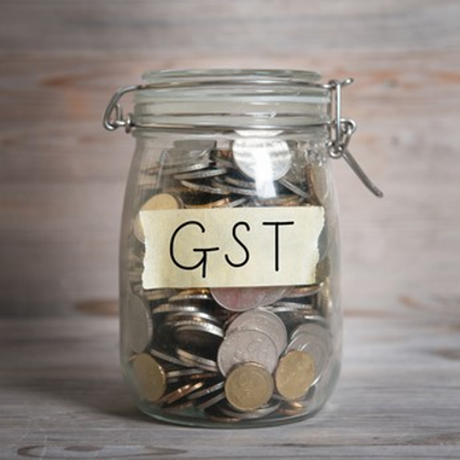 It’s apparent to Macks Advisory that many new directors of SMEs, particularly those involved with start-ups, are unaware they may soon be personally liable under the Director Penalty Notice (DPN) regime, for their company’s unpaid goods and services tax (GST) liabilities.

The Treasury Laws Amendment (Combating Illegal Phoenixing) Bill 2019 introduced into the Federal Parliament last year with bi-partisan support, passed through both Houses of Parliament on 5 February will come into effect on the first day of the quarter following Royal Assent.

Businesses failing to meet GST obligations are expected to deny Federal Treasury close to $6bn this year – a 13.5% increase on last year – and the Australian Taxation Office (ATO) estimates close to $4bn of this money is collectable. The new law will facilitate the collection.

The elephant in the room is, which group is a significant offender in failing to pay GST?

Information available suggests that a group too diverse for us to readily classify is responsible for 3.5% of the debt. Public and multi-international business has incurred 2.6% of it, 25.5% of debtor companies are privately owned organisations and wealthy groups, but the elephant is small business which has incurred an overwhelming 70% of GST debt.

It is because SME directors are or have been involved in so-called “phoenixing” as a means of escaping GST debt, that new laws have been drafted.  Not only to curb this illegal behaviour, but also to enable the ATO to more effectively recover money owed by targeting directors and making them personally responsible for it.

The legislation also includes new phoenixing offences, prohibiting directors from improperly backdating resignations or otherwise ceasing to be a director (especially if it would leave a company without a director).  These will also allow the ATO to collect estimates of anticipated GST liabilities, and in certain circumstances to make company directors personally liable for it.

Most directors by now would be well aware of the pay-as-you-go (PAYG) and superannuation guarantee charge (SGC) provisions of DPN law, but ignorance of the proposed extension of this legislation to now include the more pervasive GST liabilities could see many directors bankrupted – especially if they’re new or otherwise inexperienced directors.

Phoenixing occurs in the context of insolvency when unscrupulous directors strip a company overwhelmed by liabilities, of assets that are transferred to another company.  Innocent directors can sometimes be victims of this illegal behaviour by fellow directors and become ensnared by the ATO and other creditors in debt recovery actions.

Are you sitting on a time bomb?

If you’re a director of a company that hasn’t been making required GST payments to the ATO, you could be sitting on a virtual time bomb if, as a consequence of that, you are issued with a DPN.

The Notice could make you personally liable for a penalty equal to the extent of the company’s  obligation – unless within 30 days of your appointment the company had paid the outstanding debt, appointed an administrator, or began a winding up (as is now the case for PAYG and SGC debt).

Even if you resign within that 30-day period and you’re not a new director, you’ll remain liable for the company’s GST debt that existed before your appointment, and resignation as a director won’t prevent the issue of a DPN – which can be sent to all of a company’s directors, whether new or of long standing.

Directors do, however, have defences against a DPN

Directors can claim that because of illness (or for another good reason) it would have been unreasonable to have expected them to be involved in the management of the company at the time it became indebted to the ATO.

Defences fail when it can be established directors haven’t made adequate efforts of involvement.  For example, they’ve left financial decisions to be made by other people and a claimed health problem was less than debilitating.  (A combination of high blood pressure, high cholesterol and cataracts has been judged to be insufficiently debilitating to have prevented a director from meeting his obligations in the management of a company.)

To nullify a DPN directors must be able to show they’ve taken all reasonable steps to ensure their company met its tax obligations up to the time the notice was issued, that there had been timely appointment of an administrator, that winding up had begun appropriately, and that all reasonable steps a director could take to avoid financial disaster had in fact been taken.

Directors can’t escape their responsibilities by claiming they’d been assured by a CEO or CFO that everything that reasonably could have been done to avoid liabilities had been done.

(However, if DPNs relate to SGC liabilities, and companies can show that in their particular case they had acted on the basis of what could be argued was a reasonable interpretation of applicable law, then that defence against the Notice could be made successfully.)

What if there’s no legal defence?

If a director has no legal defence against a DPN, the ATO – where a third party owes money to the company or to a director -- can issue a garnishee notice to the third party demanding the money owed be paid directly to the taxation office.

A garnishee notice can require payment of a percentage of wages or may be seeking a lump sum payment -- and that, for individual directors may mean the notice is issued to a director’s employer or to a bank where the director has an account.

The ATO can also offset tax credits against a DPN liability, so that if, for example, a director is due for a tax refund, that money can be used by tax officers to reduce or settle the debt specified in a DPN.

But the ATO can’t go to court to recover the money until 21 days after the director was issued with the DPN, nor can any recovery action be taken against directors where their companies have undertaken arrangements to eliminate a DPN liability.

Before you become a director be diligent.  Check that you won’t be signing on with a company that has PAYG withholding, SGC or GST liabilities. There may be circumstances in which you could become personally liable for these as well as similar debts incurred during your time as a director.

Throughout this period ensure the company’s reports to the ATO are correct and timely. Failure to do this would render you defenceless against a DPN.

Should you ever receive a DPN, check dates – especially those relating to the period of your directorship and the alleged withholding periods of the company’s required tax payments.  Not only do you want be sure the DPN was issued to the right director, and if this is correct, that liabilities claimed by the ATO relate accurately either to what the company has reported, or to the ATO’s estimates.

Ignore a DPN at your financial peril. Penalties for failing to respond to a DPN are severe. At least try to negotiate a payment plan for liabilities -- and always remember a gram of prevention is worth a tonne of cure.

As long as you’re a director of a company, ensure its reporting and its dealing with tax obligations is timely.  Your personal solvency could depend on it.

Your duties in this context

The law requires directors to decide whether or not their company is solvent, and they must do this with a degree of care and diligence that would reasonably be expected of any person holding a directorship in the company in comparable conditions and circumstances.

Furthermore, legislation requires directors to make “business judgements” in good faith, for a proper purpose, and to have no personal interest in the subject matter of any such judgement.  Not only are they responsible for informing themselves on the subject matter to an extent they reasonably believe is appropriate, but also for ensuring the judgement they make is in the best interests of the company.

If you’re a director of a company that can’t meet its tax obligations, it’s Macks Advisory’s fervent wish that long before there’s any likelihood you could receive a DPN, long before you suspect the company may not be able to avoid insolvency, your instinct for personal survival will compel you to seek professional advice about your options – while you still have them.

While we support the Federal Government’s efforts to stop phoenixing and to recover GST debt, there’s another side to this coin that worries us. Watch this space. 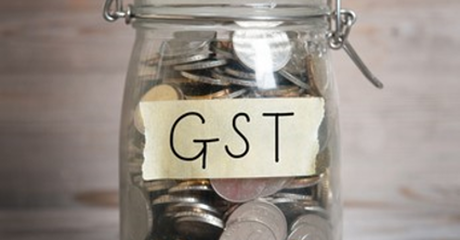