$ value in an insolvency practitioner's empathy 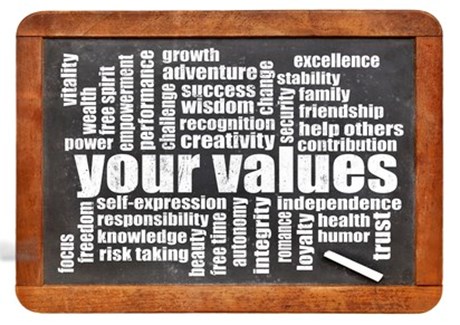 Cynics would say an empathetic insolvency practitioner is an oxymoron, also asserting, as an absurdity, any suggestion there could be substantial dollar value in it for clients.

Yet at Macks Advisory, experience has taught us that such can be the substantial value of an insolvency practitioner’s empathy, that anyone requiring services associated with insolvency, would be wise to seek to appoint not merely expert, well-seasoned people, but who possess a sense of empathy and care to others.

For there is more to optimising outcomes for clients than a one-size-fits-all approach to their needs and dealing with the law as expressed in say, the Corporations Act or the Bankruptcy Act, simply of the basis of the literal meaning of words.

Here’s a case in point.

A burden too much for Melissa

This is an actual case that is relatable to many people, let’s call the protagonist Melissa (not her real name).

It’s not reasonable to assume most people would be able to cope with the burden suddenly thrust upon Melissa, and she was better equipped to deal with it than most.  She has a law degree and is a senior public servant with extensive responsibilities.

But she wouldn’t be the first intelligent, trusting woman without proper consideration and signed personal guarantees for business loans handed to her across a kitchen table by her husband.

And Melissa’s husband had already demonstrated an aptitude for business (we’ll call him Malcolm).

He is an alpha male, inclined to seal a lot of his business dealings with no more than a handshake, not inclined to let grass grow under his feet and who Melissa had already seen buy a well-known National franchise to create a very profitable business.

It was Malcolm’s forceful argument to Melissa, that he’d been successful with one franchise and there was no reason why he couldn’t repeat that success.

In fact, there were a number of reasons why Malcolm wouldn’t succeed, but primarily his self-centredness and naivete in certain fundamental aspects of business.

As his financial situation worsened, Melissa was coerced into being guarantor for two loans to prop up her husband’s failing business, thus finding herself ultimately responsible for the satisfactory servicing of these borrowings at an interest rate of 2.55% a month – in other words 30.6% annually.

When she was inevitably bankrupted, the peak of her indebtedness to the loan sharks was some $700,000.

As a secured creditor, a traditional bank was paid $983,800 to discharge a mortgage on Melissa and Malcolm’s jointly owned home, there was her $140,000 guarantee to meet her husband’s debt to the National franchiser, and there was $40,000 owed to other creditors.

In short Melissa owed about $880,000 to unsecured creditors.

This was the state of affairs Peter Macks had to deal with as Trustee of Melissa’s bankrupt estate – to which was added the complication of some inherited litigation.

So where is empathy’s place in all this?

Many Trustees would look at statements from protagonists in such a bankruptcy, and act, for the sake of simplicity and/or expediency, on the basis of what they believe the law dictates, except that the law isn’t a dictator.

Macks Advisory holds that words used to define law are there to be used, challenged if need be, but always with specific benefit in mind for individual clients – which in many instances if done empathetically, can have both emotional and pecuniary value for them, as was so in this case.

Aspects of their characters, referred to earlier, were clearly revealed in separate written statements prepared by Melissa and Malcolm.  By any reasonable assessment she had been undeservedly bankrupted, and it was apparent a Trustee’s priority should be to have the bankruptcy annulled.

This was attempted by putting to the solicitors of Melissa’s main creditors, that they could reasonably withdraw certain claims against her and from all participation in the administration of her estate.  However, they rejected this proposition because of what they perceived as the possibility of a windfall gain for their financier clients during the period of bankruptcy.

Nevertheless, substantial benefits for Melissa were achievable in the bankruptcy.

Consequential benefits for the client

Perhaps most importantly, by avoiding unnecessary litigation Peter Macks as Trustee was able to spare Melissa further emotional distress and loss of money from her estate.

After payment of $80,000 to Malcolm’s franchiser from the Supreme Court Suitors’ Fund, it was established the estate had substantial claim to money still held by the Fund.

Accordingly, Macks Advisory’s solicitors were instructed to negotiate a settlement with the financier’s solicitors that resulted in payment of $27,000 from the Fund.  It was agreed that this would be full and final settlement by the estate to their financier clients, as well as for any claims the estate might have against the financiers.

It was further agreed that remaining money held by the Fund relative to this matter would be admitted to proof in Melissa’s estate, to go subsequently to Macks Advisory and thus eventually to her.

Our perception of a Trustee’s obligation

We trust this case demonstrates to readers Mack Advisory’s belief that a Trustee in Bankruptcy is obliged to go above and beyond what’s required by law, and that only Trustees of long and wide experience are equipped to meet this obligation effectively.

It’s a role that should always be undertaken by Trustees with established expertise that should include capacity to investigate matters relative to a particular bankruptcy and ensures the bankrupt has not been wronged during the process.

Above all, if indeed there has been wrongdoing, expertise should be focused on leaving nothing undone in an attempt to annul the bankruptcy.

Despite a level of intelligence and capability many people wouldn’t have, Melissa nonetheless was overwhelmed, as are so many other people trapped in financial difficulties and consequent procedures they cannot understand, let alone control.

The fundamental lesson to be learned?

You are not alone, if you feel you can relate to this case please seek help and guidance before the sense of helplessness and anxiety take hold. Although primarily our title is insolvency practitioners we hold key to providing reassurance from financial and emotional distress. Each person in this firm brings forth their individual attributes and experience to examine your case in a unique perspective. Macks Advisory is here to help give you the light to guide you through the once thought intimidating tunnel. Each business and person are unique, and thus not one size fits all.

Where it’s possible and before matters are taken out of their hands, anyone in financial difficulty that could lead to bankruptcy should seek an appointment with a firm where the attributes referred to and demonstrated here are inherent in its culture. 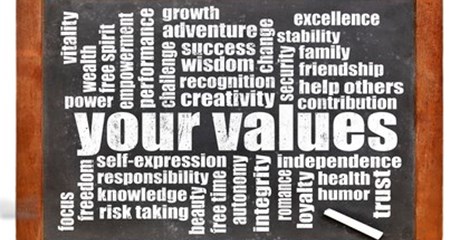