Unsure about the state of the economy? Check car sales 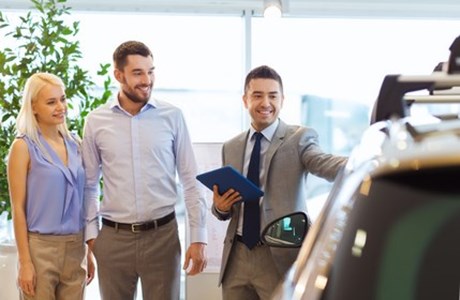 If you’re operating a business and are having trouble deciding how best to react to differing so-called expert assessments of the economy, keep an eye on car sales.

These assessments may tend to be corrupted by political perspectives or other self interests of the assessors, but car sales have always been a reliable indicator of where an economy is heading.

Just as a canary’s failure to survive a build up of gas in a coal mine was once a warning of imminent danger, a decrease in car sales -- dealers refer to it as “the Camry in the coal mine” – is now widely considered indicative of an economy in trouble.

So how goes it with car sales?

Australians bought 554,466 new cars during the first six months of this year, the lowest start to a year since 2012.

According to the Federal Chamber of Automotive Industries (FCAI) sales in June nationwide were down 9.6% compared with the same month last year.

Looking at the types of vehicles that aren’t being sold as well as they were a year ago, provides an interesting insight into the economy.

Sales of the Mitsubishi Triton have dropped 31%.  Although Toyota’s Hi-Lux and Ford’s Ranger are still best sellers -- and both big utes are designed specifically for tradespeople, particularly those in the construction sector – sales are disappointing.  Ranger has barely managed to hold its lead (up 1.7% this June compared with June 2018) but Ford was down 7%.

Looking at the big picture Alix Partners, a major automotive organisation, has announced it expects car sales will be down 2% for the whole of this year compared with 2018, and will continue to decrease – from a forecast 19.9m vehicles this year, down to 16.3m next year and to 15.1m in 2021.

The catalogue of negative indications

FCIA’s chief executive Tony Weber says tough times afflicting the car industry have been worsened by drought, flood, and potential buyers’ procrastination as they awaited the outcome of an election many believed was vital to the economy’s future.

A motor industry consultant and former CEO of the Australian Automotive Dealer Association David Blackhall says a brief post-election bounce in sales “has turned into a dead ball”, and the start of a general downward trend in June –- “the 15th in a row that new car sales have gone into reverse” -- is continuing as the deepest and longest period of decline in a decade.

He says incursion of luxury car tax at federal level, and in some instances now at state level, is a further disincentive for prospective buyers.

Melbourne car broker Richard Lipinski of My Next Car Buying Advocacy, is even more pessimistic than David Blackhall in estimating dealers will suffer a 10% drop in business this year exacerbated by finance crackdowns in the aftermath of the banking royal commission.

But the sharp downturn in sales, particularly of small comparatively cheap, cars is indicative of wider concern.

Sales of the Toyota Corolla, fourth most popular vehicle in Australia, are down 17%, Mazda3 sales have dropped by almost 24% and Hyundai’s i130 by 5.8%.

If neither tradies nor young people who normally would be looking to buy their first new car aren’t buying, then this surely relates to general concern for the economy expressed recently by Reserve Bank of Australia governor Philip Lowe.

Analysts for both the automotive industry and retailers are saying that consumers are tending to keep their money in their pockets.

Either that or they’re using tax and interest rate cuts to pay down record levels of household debt.

More than half a scheduled $7.5bn in tax cuts was estimated to have been paid out at the time this article was being written with no indication that overall this was significantly benefitting most car dealers or retailers.

Certainly nothing seems to be happening that diminishes the validity of the “Camry in the mine” rule.  When car dealers are in trouble nationally so is the economy. 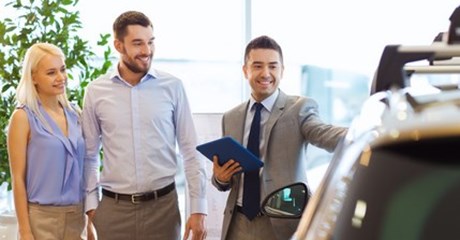