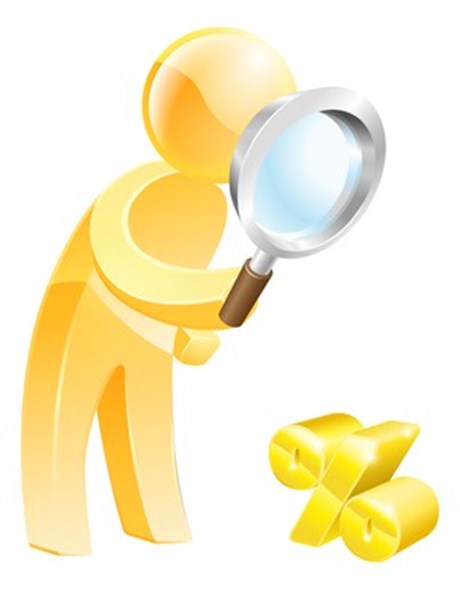 Philip Lowe, Governor of the Reserve Bank of Australia (RBA) has made it plain his board has gone almost as far as it can to stimulate the nation’s flagging economy with a record low interest rate of 1%.

He has undoubtedly done this fully aware of what has happened to the economies of other countries where low interest rates - in some instances even negative rates - are entrenched.

There is already indication in Australia that unprecedented low interest rates have a considerable downside, and business analysts are saying they could go even lower.   However, there are also positive signs that the Morrison Government may be able to do what the RBA cannot do alone, that is to take full charge of the economy.

Ridiculous though it may sound, millions of people in countries where negative interest rates apply are in effect paying to deposit money in a bank.  In other words, they’re willing to do this to avoid risks of keeping their savings under a mattress.

In countries where there have been ultra low interest rates for some time, prices of assets such as equities or property inevitably increase.  While this benefits wealthier people who own most of such assets, it has significant negative effects on the incomes and thus the spending power of most people, particularly retirees.

Given anger in Australia about banks in the wake of scandalous revelations at the recent Royal Commission, lack of sympathy for bankers as they face realities of the RBA’s successive decisions to lower interest rates, is hardly surprising.  But an immediate drop in share prices obviously worried shareholders.

The Bank for International Settlements (BIS), the so-called central bankers’ bank, has released a report that supports economists who argue that prolongation of ultra-low interest rates erodes banks’ profits, the end result of which is a substantial danger to an economy.

A perspective from Japan

Consequently, Moody’s Investors Services recently cut its outlook on the Japanese banking system from “staple” to “negative”, declaring that an extra-loose monetary policy had “depressed banks’ profitability” and was therefore “driving them to take more risks”.

When countries’ central banks are seen to be risk-averse – particularly when, as is the case now, the global economy appears to be under increasing threat – bond prices rise and yields fall.  As this article was being written Japanese 10-year bond yields had fallen to around minus 0.14%, which further tightened the profit squeeze on commercial banks and thus their ability to lend money that could help stimulate the economy.

Suspicion that a country’s central bank has lost all ability to favourably influence the economy tends to strengthen its currency against the American dollar.

In the last quarter of the financial year just ended, the yen rose 3.5% against the dollar, causing a major problem for Japan’s central bank.  The rising yen has reduced the competiveness of Japanese exports, and by driving down the price of imported goods will push inflation even lower.

Australia’s average inflation rate was 1.23% between 2018 and this year and the RBA’s target range is 2% to 3%.  No wonder Philip Lowe is concerned.

Years of ultra-low interest rates have taken a savage toll on European banks, insurers and pension funds to an extent that clearly worries business analysts.

Meanwhile expectation of another round of ECB bond buying has pushed the yield on German 10-year bonds to a record low of minus 0.36% while France’s hangs at around minus 0.5%.

Economists are debating how long Europe should persist with ultra low interest rates before there has to be a public bailout of a major bank or life insurance group, and Brussels (headquarters of the European Economic Community) is forced to reconsider tough budgetary constraints it imposes on national governments.

It was against this background of the depressed economies of Europe and Japan that Philip Lowe has urged more forcible government intervention in the Australian economy.

Treasurer Josh Frydenberg has responded stating that $158bn in tax cuts approved by the Senate on 4 July will provide necessary short-term stimulus, and says the government is pushing ahead with deregulation and industrial relations agendas that will enable progress despite economic headwinds.

He also says he’ll be urging State governments to press ahead with infrastructure projects funded by $100m of Commonwealth money, and believes the Morrison Government can deliver an economic plan that will not only encourage household spending but establish the basis of “the most significant long-term structural reform to the income tax system in decades”.

There’s already been a boost to this confidence with the Australian Prudential Regulation Authority’s (APRA’s) decision to allow lenders to offer bigger loans to borrowers who previously would have been unable to manage their mortgages were interest rates to rise above a hypothetical minimum of 7%.

The APRA’s new rules will allow borrowers to access mortgages 14% larger than they are now, and media expectation is that many thousands of prospective home buyers are thus expected to emerge in a dwindling market.

The Weekend Australian quotes Mr Freydenberg as saying “the APRA’s changes will make it easier for home buyers to obtain a loan by lowering the minimum interest rate at which applicants must be assessed”.

It would appear banks’ fear of consequences from a prolonged very low interest rate regime is being dealt with, and the prognosis for the Australian economy is very much better than most, but as the old proverb has it, proof of the pudding is in the eating.