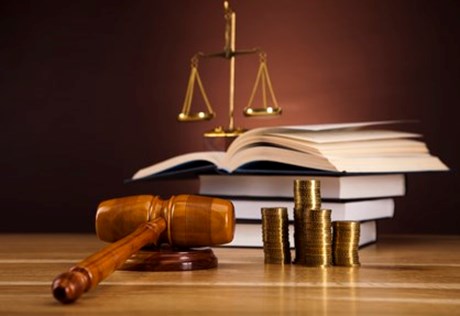 Readers may be aware, but the reality is now becoming the fact.  From April 1 2019 the Treasury Laws Amendment (2018 Measures No.4) Bill 2018 now denies directors a previous three-month period of grace – a so-called “safe harbour” under the Director Penalty Notice (DPN) regime – which allowed them to avoid personal liability for superannuation Guarantee Charge (SGC) debt.

Gone is former opportunity for companies to settle the debt within this period without risk of the Australian Taxation Office (ATO) issuing a lock-down DPN to restrict company activity and inflict automatic personal liability on directors.

Changes are specified in Schedule 5 of the Bill.  They amend Divisions 268 and 269 of the Taxation Administration Act 1953.

The significance of change

The law has changed the DPN regime to inflict automatic personal liability on directors if a company’s SGC liabilities aren’t remitted within 28 days of a due date, usually the end of a quarter.

Previously the aptly named Treasury Laws Amendment (2017 Enterprise Incentives No 2) Bill 2017 provided directors of companies stricken by SGC debt with powerful incentives to use a three-month period to be proactive in both their personal interests and the best interests of their companies.

The Bill had provisions allowing directors, who suspected the debt was accrued while trading insolvently, to avoid personal responsibility for it if, in those three months they could develop one or more courses of action reasonably likely to lead to a better outcome for the company than administration or liquidation.  New law removes this option.

Lock down is imposed to prevent directors trying to escape personal responsibility for unpaid tax debt by putting their company into administration or liquidation, or by other means - for example, by falsifying BAS statements.

Furthermore, the ATO can now also require a security deposit in relation to existing or anticipated tax debts, enforced if necessary by a Federal Court order.  Non-compliance is a criminal offence.

There are two kinds of DPNs.  The first (providing reporting options have been met), gives a director, within 21 days of receiving the notice, opportunity to exercise one of three options -- pay the debt or arrange to pay it, appoint a voluntary administrator to the company, or start winding up the company.

The second, a lockdown DPN, has traditionally been issued to every director of a company that’s failed to lodge PAYG and SGC returns within three months of their due dates.  The directors are then automatically liable for all of the company’s tax debt incurred during relevant times of their directorships, and are prevented from escaping liability should they try to do so by appointing a voluntary administrator or liquidator, or by falsifying BAS statements and other documents.

Directors must either then settle the debt forthwith, make a prompt arrangement with the ATO to pay it, or be prepared to enter into personal bankruptcy.

While new law reduces the settlement period to avoid personal liability for a company’s SGC debt from three months to 28 days from the due payment date, the traditional three-month period of grace is still allowed for settlement of a company’s PAYG debt.

Lockdown DPNs can come as a nasty shock because there’s no time limit on their issue.  Directors who believe they’ve escaped personal liability by placing a company into voluntary administration or winding it up before arrival of one of these DPNs, could nonetheless get one at any time after these events, and be compelled to suffer the consequences.

All employers must now use Single Touch Payroll (STP) introduced from July 1 last year in order to meet a requirement to report superannuation obligations to the ATO continuously rather than as an annual summary.   This makes it easier for the ATO to identify and issue DPNs to directors of companies that fail to meet tax obligations.

Directors can expect the evolution of DPNs to continue.  The Commissioner of Taxation, by way of the Senate Standing Committee on Economics has made it clear he seeks a further change in the law to allow the ATO to issue DPNs in pursuit of GST liabilities. (See article on website Tough penalties including gaol time for GST offences)

If you’re the director of a company having trouble meeting its tax obligations, you need to consider your exposure not only to the possibility of being held personally responsible for current tax debt.  DPN provisions have in the past been applied retrospectively, as might well be the case should further changes be made to incorporate GST liability into the regime.

Indeed, the Senate Committee has recommended the Federal Government draft legislation to combat illegal phoenix activity that includes not only extending the DPN regime to GST liabilities, but also to Luxury Car Tax and Wine Equilisation Tax.

It has never been more important for directors to monitor a business’s viability, in their own and their companies’ best interests.

When their companies are obviously losing the struggle to survive, increasing numbers of directors are giving in to the temptation to use money that should have been paid as tax, as working capital – in many instances for phoenix activity.

If you’re a company director you can avoid conflict with the ATO by ensuring BAS, IAS and SGC statements are always lodged on time.

Should you receive a DPN requiring a response within 21 days, Macks Advisory urges you to seek immediate advice on your options before the law eliminates them.