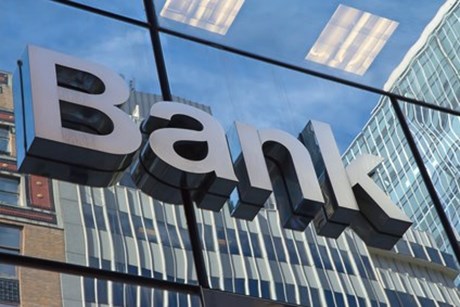 A $2bn lending fund established by the Federal Government is the latest in a series created to address perceived market failures and to stimulate economic growth.

Following widespread criticism of the cost of these failures to taxpayers, strict criteria will be applied to lenders wanting to borrow from this new fund to finance SMEs.

It’s expected when the money will available and clarification of conditions of access to it will be announced soon. Lenders – most of whom will be other than the big four banks -- will need to demonstrate sustainability, acceptable contract terms and a sense of social responsibility, before they’re being able to draw on the fund.

What is known so far

The Australian Office of Financial Management has released a statement declaring that non-banks and other lenders wanting to access the fund will need to show how the money they want to offer as loans will add value to a market and will promote competition without crowding out possibilities of their SME clients being able to get additional funding from other sources.

Ombudsman for the Australian Small Business Commission, Kate Carnell, says that while the new fund because of its size, “won’t change the world”, will however “hopefully focus a few lenders on providing SMEs with opportunities to get a market going in securitisation for those loans”.

Funding for SMEs has become increasingly difficult as big banks have tended to focus on profitability from low-maintenance mortgage lending, and reluctance to lend to businesses unable to offer  them property as security.

In effect, the new $2bn fund has been created to buy parcels of loans from SME lenders outside the big four banks, so that the money is recycled back into a market which, as it grows, will attract further investment and encourage job creation.

Up to 80% of small business loans are provided by the big four banks.  They supply loans to some 66% of large businesses, which may still have other sources of finance, including offshore lenders and venture capital markets.

But even when SMEs obtain finance secured against real estate, they find it difficult to get additional funding that will enable them to grow.  Should they be able to access finance to expand their business, the cost of servicing a loan can, more often than not, be prohibitive.

It’s a situation preventing many small businesses not only from fulfilling their individual potential   but also their collective prime role of underpinning employment and economic growth.

Macks Advisory notes the Productivity Commission has strongly criticised the Federal Government for its proliferation of financing vehicles to organisations set up to fight climate change, for infrastructure in the NT and the Pacific, and certain SMEs.

The Commission has objected to the use of Australian taxpayers’ money on a number of these projects it declared were not only risky but supported “special interests”.

Need for checks and balances

Hence we support a need for checks and balances for access to this latest fund – and they would seem to be in hand.

Although there is yet to be an announcement on final terms and conditions, it’s clear they include lenders needing to demonstrate they are “hallmarks of a sound and responsible institution of good governance”.

However they will also have to show how these attributes flow through to good practice in lending assessment, servicing and collections.

Lenders’ ability to manage environmental, social and other risks – arising, for example, from unfair contracts -- would need to be apparent, as would willingness to report anything that looked like “anti-money laundering and counter terrorism financing”.

Finally, no funding would be available to lenders unable to show they were risk free of reputational damage such as being associated with loans made to industries involved in illegal or questionable activities and the black economy.