Time for the Federal Government To Lead Economic Stimulation 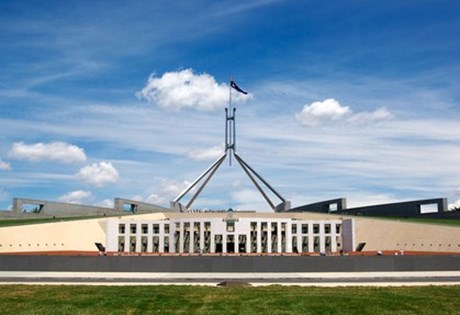 Disappointment in unfulfilled federal budget forecasts is morphing into alarm.  Treasurer Josh Frydenberg’s economic growth prediction of 2.75% falls well short of the International Monetary Fund’s estimate of 1.70%, and the budget’s expectation that the unemployment rate would dip below 5% is nowhere in sight.

With major banks under investigation for failing to pass on to customers the full extent of Reserve Bank of Australia (RBA) rate cuts, National Australia Bank’s (NBA’s) most recent Consumer Anxiety Survey shows anxiety related to the cost of living has risen 2.3 points, about a quarter of respondents rating their angst as “very high”.

So what’s to be done about this?  The RBA, having set a record low cash rate of 0.75%the cash rate has all but run out of options to positively influence the economy and Governor Philip Lowe says it’s time the government took the lead by investing heavily in infrastructure.

Indeed, increasing numbers of political commentators and economists are urging the government to forsake the political kudos of a budget surplus and go into deficit with infrastructure spending.

Angst, the CPI and inflation

Even if the next CPI rises 0.6% as some analysts predict, that would increase annual inflation by only 1.8%, still below the generally acceptable rate of 2%.  Why then, since levels of concern about the cost of living have traditionally mirrored levels of inflation, is current anxiety “very high” when inflation is low -- and according to the RBA likely to remain low for a couple of years?

It seems the CPI -- which measures the average change in prices over time that consumers pay for a basket of goods and services (commonly known as inflation) -- is no longer regarded as a reliable indicator of the cost of living.  Vested interests mismanage data relative to components of the CPI so skillfully that rational debate on the economic effect of any single component -- or a combination of goods and services – becomes well nigh impossible.

For example, should the CPI exaggerate an increase in the cost of living, real benefits of welfare recipients would also increase, but inflation-adjusted tax revenue would decline to adversely affect the budget.

Conversely, under estimation of CPI growth would decrease the purchasing power of individuals and businesses, wage growth would fail to rise to meet the real cost of living, but an increase in inflation-adjusted tax revenue would enhance the budget.

The CPI’s inherent problem lies in employers’ inclination to relate it to wage levels.  If the annual CPI rose 1.8% they would tend to believe they should in fairness increase employees’ wages 1.8% --

although this would give the employees no more purchasing power than they had 12 months earlier.

Real GDP has continued to grow steadily since 2011 while real household disposable income has remained as it was then -- in other words although Australia’s economy has continued to grow, wages haven’t, and households generally are no better off financially than they were eight years ago. 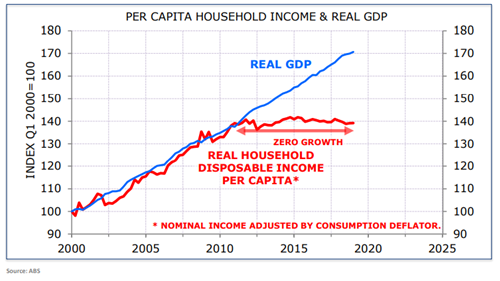 Clearly, seeking to use the CPI as an effective measure of changes that should be made to the cost of living distorts the actual financial position of most people.

If not CPI then what?

Alternative indexes and measurement tools can be used in the place of, or in conjunction with the CPI, as an effective measure of inflation. The Producer Price index (“PPI”) measures the average level of prices of goods sold by producers. By measuring this, CPI trends can be reliably forecast to provide potential for recommendations about pre-emptive wage increases that meet or exceed inflation rates.

Economists also use the so-called GDP deflator – the price index used primarily to calculate real GDP -- to determine inflation rate.  This measurement uses a CPI type mix of goods and services produced by an economy for comparison with a base year.  Useful macro economically, it’s unhelpful in calculating changes in most people’s purchasing power.

However, Selected Living Cost Indexes (SLCIs) can be used to measure the impact of changes in the out-of-pocket living expenses of four Australian householder types -- employee, age pensioner, government transfer recipient and self-funded retiree – thus determining how inflation affects people individually.  For example, between the June 2018 quarter to the June 2019 quarter, self-funded retirees saw their cost of living rise 2.0% compared to employees whose cost of living rose 1.6% (as did the CPI). Overall according to the SLCI the cost of living rose 1.86% for the year, a higher rate than the CPI.

The federal government needs not only to find more effective ways of measuring effects of economic change on Australians but also to take greater responsibility for the welfare of the economy. 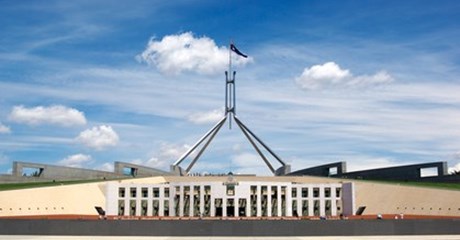