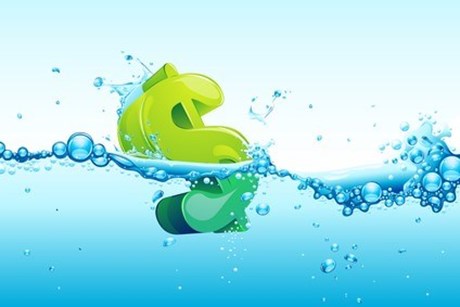 People can have all sorts of reasons for saying Australia’s economy is essentially in good shape: for saying  that a 1.4% growth in the first quarter of the current financial year – the slowest since the GFC – is really nothing to worry about. And hard-wired optimists insist any growth is good these days, particularly when the economies of many countries are either not growing at all or are actually shrinking.

But for a reality check, these folk should look at the corporate regulator’s insolvency statistics for the past financial years showing more than 8,100 companies appointed outside administrators in that period, the most since 2016 and there’s every indication the situation will worsen in 2019-20.

In the past 12 months access to finance has deteriorated significantly, making it even tougher for firms like Macks Advisory to turn around companies heading towards financial disaster.  So why is the economy slowing?  What can and should be done to speed it up?

Realities of the economy

The reality is that a 1.4% quarterly growth in an economy might be good news for many countries. It’s not for Australia.  Not only is this the slowest growth rate since the GFC, but you’d have to go back almost 20 years to find a worse result.  That was in 2000 when the GST was introduced, and if you ignore that aberration, the Australian economy hasn’t been so weak since the early 1990s.

People aren’t spending, largely because the past six years has been the worst period for wages growth since WW2 and there’s been no indication as yet that beneficiaries of tax reform and other government measures dating from July, are increasing their spending.  Instead they’re using government largesse to reduce personal debt.

Slow wages growth not only puts a break on spending, it deters job creation, a situation that has contributed to Australia’s household debt being exceeded as the highest in the world only by Switzerland’s.

Currently the wage price index stays ahead of consumer price rises only because inflation is extraordinarily low – a sure indication of an economy’s weakness.

How badly this affects your standard of living, and how badly possible further weakness will hurt you, depends on your capacity for discretionary spending.

For example, house prices aren’t on the index.  You may want to own a house, but you don’t need to own one.

A further disquieting reality of the economy is that it tends to favour the rich over the poor, but nobody will escape a measure of pain should it deteriorate – which, according to many economists, is a short-term probability.

The number of householders not keeping up with payments on mortgages and other loans have been rising significantly even though Reserve Bank of Australia (RBA) rates are at historic lows.

Australia’s unprecedented level of household debt has yet to be tested by a recession but in the last national recession in the early 1990s house prices fell around 20%.

Even a slight increase in unemployment or under-employment figures – caused, for example, by government unwillingness to swap the political kudos of a budget surplus for economy-boosting public expenditure, or worse caused by international setbacks over which it has little or no control – then the consequences for Australians could be catastrophic.

Economists and business analysts are expressing concerns that Australia’s economy relies too heavily on mining and construction to maintain its momentum, that it lacks hi-tech export-oriented sectors needed to drive growth.

Already there are indications of increasingly serious financial difficulty among companies in what analysts refer to as “the construction and property development space”.  They’re claiming not to have witnessed the current degree of distress in financial services businesses since the GFC, and they also note that banks are exiting sectors of the economy considered too risky – particularly in the face of aggressive new lenders’ marketing.

Insolvency practitioners expect retail, construction and manufacturing sectors to be most in danger of financial collapse this year and already failures of companies – national and local – are making newspaper headlines in increasing numbers.

A recent survey has revealed more than half of respondents were unable to get new funding from existing lenders, but that hedge funds and private equity groups have become “highly active” in buying distressed debt.

What’s therefore to be done?

Business owners and operators list global and/or local recessions as major threats to their financial futures. There is not a lot they can do about that except to ensure they’re entirely on top of the fundamentals of running a good business – which of course includes risk management.

This is interesting, because sub-par management was recently listed by financial advisors as the top cause of current corporate stress.  Clearly not all the present woes of businesses can justly be blamed on the state of the economy.

Macks Advisory, along with other firms in the insolvency sector, supports a push for new criminal penalties and better laws to identify and punish company directors engaged in phoenixing activity that costs the economy, by some estimates, up to $5bn annually.

That the government’s Combating Illegal Phoenixing Bill was allowed to lapse before the May election was disappointing, to say the least.

In September the Turnaround Management Association, which includes liquidators, receivers, administrators, lawyers, accountants and turnaround executives met in Melbourne to identify and examine what could be “tipping points” for companies in the current and trending economic climate. It remains to be seen how helpful that could be to companies now fighting for survival.

While what happens globally will inevitably affect Australia’s economy, governments and businesses shouldn’t just sit like rabbits in a spotlight waiting for something to happen.

According to some of Australia’s top economists there’s not a lot of merit in the Federal Government’s projected $7bn surplus in the budget next year when it’s likely to be whittled away by a number of threatening causes of rising unemployment -- including slumping ore prices.

Macks Advisory’s view, one we’re confident is widely shared, is that the Morrison Government has a clear choice between the real significance of a one-off budget surplus and a likely worsening, near-term fiscal position, or, risking that surplus by infrastructure and other public spending to revive the economy over the medium term.

It’s been estimated unemployment would rise in that period to 5.5%, unless there is what economists refer to as “meaningful stimulus”.  A lack of stimulus of one kind or another could, for reasons explained above, be catastrophic for many Australians. 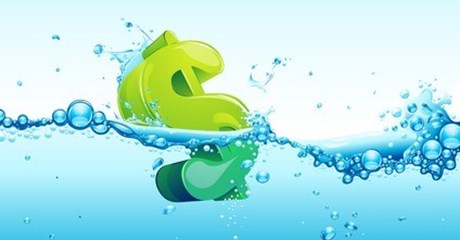