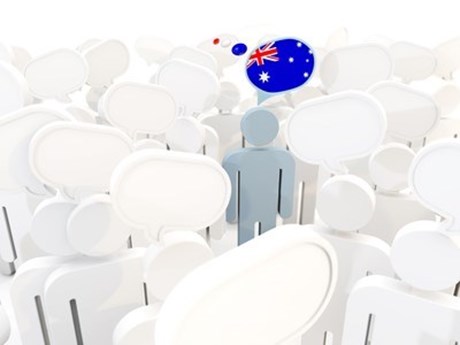 While a garnishee notice issued by the Australian Tax Office (ATO) can be a rightful and useful device to recover money owed to the Commissioner for Taxation, these notices can also be wrongly issued, and accordingly rightfully and successfully challenged.

If you receive a garnishee notice, seek immediate expert advice on your options for dealing with it.

It’s vital you do this because viability of options for negating the notice may have time limits, and if the notice is in fact justified, delay in properly meeting its requirements can be costly.

A garnishee notice (GN) and its use is explained in s260-5 of schedule 1 of the Taxation Administration Act 1953 (TAA).

In essence, it’s a tool enabling the ATO to recover tax related liabilities and certain other debts payable to the Commonwealth Government by third parties, owed by or being held for a tax debtor.

Typically a GN will require a tax debtor’s employer to direct part of that person’s salary to be paid direct to the ATO.

Recently an insolvency practitioner needed to assess the validity of a GN in a bankruptcy. He subsequently claimed there were five reasons why a sale from a share registry was exempt from the notice, and his claim was upheld.

The practitioner found the bankrupt owned shares valued at $36,000 in a listed company and that irrespective of whether ownership had been disclosed during bankruptcy proceedings, they were an asset of the bankrupt’s estate.  The estate’s trustee was therefore entitled to sell the shares for the benefit of creditors.

The bankrupt owed more than $13m in tax, and before the bankruptcy a GN was issued against the share registry to the effect that any dividends from the shares and proceeds from sales of the shares, should go direct to the ATO alone.

The insolvency expert successfully challenged the validity of the GN issued to the share registry as far as any sale of the shares was concerned.

Basics of the practitioner’s argument

He argued that any sale of the shares could only be a transaction between the bankruptcy trustee and whoever bought them.  The share registry was in no way a party to or beneficiary of the sale.  It was simply a registry, and its only link to the transaction was an obligation to update its records to include the result of a sale as soon as there was one.

The insolvency practitioner had no quarrel with the GN’s reference to share dividends, which in fact were validly paid through the registry to the ATO.

He said however there was no money due to the registry in fulfilling this obligation.  The registry did not hold any monies on account for the bankrupt as a result of the transaction and it had no authority from the bankrupt or anyone else to claim monies from the purchaser of the shares.

Fundamental to the insolvency practitioner’s argument against the validity of the GN was that all money from sales of shares should flow directly from the purchaser to the bankrupt’s estate as the vendor.

There was never a time when any money from proceeds of any sale was held by the share registry.  The insolvency expert rightly argued that all proceeds from one or more share sales should go to the estate’s trustee for the benefit of the bankrupt’s creditors, and there was no justification for the ATO’s claim to it.

The GN’s reference to money from the share dividends was never challenged by the insolvency practitioner, who agreed this could be paid validly to the ATO.

A suggestion for readers

Macks Advisory has long been keen for readers of its newsletters to understand what GNs are, how they operate, and options recipients have in dealing with them.

Accordingly you may care to visit http://macksadvisory.com.au and type “garnishee notices” in the search field seen at top right of the home page.  This will yield a number of articles with useful information about GNs and other examples of successful challenges to them.

Whatever else you may learn about GNs we hope for your own good you’ll remember that if you get one, to seek expert advice about it immediately.