Retail's problems can't all be blamed on a weak economy 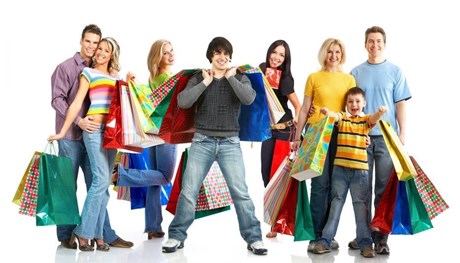 Retail sales in Australia, according to the Australian Bureau of Statistics (ABS), expanded only 2.2% last year.  It’s a weakness expected to worsen this year should low-income growth continue to hurt household budgets, and housing prices drop further (although they’re standing up well in SA).  Furthermore economists’ talk about the nature and extent of a recession is disturbing background noise for retailers.

It’s in this context that a Deloitte Access Economic report is disquieting news for retailers. It predicts last year’s national retail sales growth of 2.2% to shrink to 1.6% this year.

The problem’s not just the economy

National Australia Bank (NAB) economist Kaixin Owyong says “three quarters of consecutive weakness in retail volumes is a worrying indication that consumers are in poor shape”, and the Australian Council of Trade Unions attributes this to poor wages growth.

Yet the woes of many Australian retailers can’t all justifiably be attributed to an unhelpful economy.

A Deloitte Access Economic report, reinforces what many business analysts and retailers have realised for years, namely that where retailing has been able to achieve anything approaching reasonable growth, sales have come largely as a result of leverage from consumers’ willingness to spend, rather than retailers’ ability to generate income growth.

Willingness to spend isn’t heightened by lack of money. For the past five years growth in consumer spending has averaged 2.5% annually while growth in household disposable income has averaged only 1.9%.

According to Reserve Bank of Australia (RBA) Governor Philip Lowe, growth of household disposable income is now at less than half its usual rate, and because household consumption accounts for almost 60% of spending, householders’ ability and willingness to spend, significantly affects retailers.

Their prospects for this year were not encouraging.  The ABS reported recently that falling house prices nationally and a weak economy in the final quarter of 2018 precipitated a 2.1% drop in household wealth, the biggest quarterly fall in seven years, the first time since 2011 that household wealth per person had fallen in consecutive quarters.

ABS figures also reveal Australian households’ debt to asset ratio (which shows how high household budgets are geared) is now at the highest in four years.

Retailers who insist that respectable wages growth would solve all their problems over-simply their predicament. Both Government and Opposition agree the economy would benefit from wages growth. But there would appear to be a substantial difference between what each believes is sustainable wage growth for businesses and what Bill Shorten kept referring to in his failed electioneering as a “proper living wage” – whatever that was supposed to mean.

Meanwhile Bank SA State Monitor reportsconsumer confidence has decreased 4.4 points – a plunge of 7.5 points since July last year -- to indicate on the index that only 19% of consumers view the economy optimistically.

According to the report,consumers were negative on seven of 10 factors in the survey designed to determine reasons for their confidence level.  These included indications of whether they believed SA’s financial situation would improve next year, and whether or not pride in the State was growing.

But many retailers who hoped their customers would by now be spending money from recent tax and interest rate cuts, have been bitterly disappointed.

Australian Retailers Association executive director Russell Zimmerman says consumers nationwide are, because of their worries about where the economy is heading, are either  keeping this newly available money in their pockets or using it to reduce mortgages.

It’s estimated $7.5bn will eventually flown into the economy as a result of the Reserve Bank of Australia’s (RBA’s) succession of decisions on rate cuts, and the Federal Government’s tax reforms. Although more than half this estimate has already has gone into circulation, it’s  failed generally to increase consumer spending.

For the financial year ended 30 June David Jones posted a 42% fall in operating profit on FY 2018-19, and the Harvey Norman Australian franchise reports a corresponding 12% decline “due to soft retail conditions” – with no indications of improvement in sight.

But could SA be bucking the trend?

Towards the close of FY 2018-19, according to software company Vend, a 0.6% rise in the total value SA’s retail sales could be attributed to the efficiency of Adelaide’s independent retailers.

They had increased average transaction values by 24%, a better result than anywhere else in the country where the average comparable increase was just 11.2%.

Vend APAC managing director Dave Scheine ascribes this to their use of new technology and industry initiatives like Renew Adelaide that help create a positive retail environment.

In a recent media statement he said: “Driven by a vibrant, independent retail community, Adelaide is emerging from the shadows of Sydney and Melbourne as a city both innovating and thriving”.

Some general considerations for retailers

Afflicted as they are by mega factors of an economy over which they have no control, discouraged also by consumers’ disinclination to spend, what should retailers in general be doing to improve their lot?

Statistics can help individual retailers determine their own performance level and consider how to improve it – for generally they’re not getting a satisfactory share of what consumers are willing to spend.  Many retailers are struggling despite Australians’ average disposable personal income starting the year at an all-time high – although the RBA is concerned growth is only about half the usual rate.

This, and indications that people are already worried about a recession and are tightening their purse strings, would have been factored into Deloitte’s prediction, mentioned earlier, that last year’s 2.2% growth in retail sales will drop to 1.6% this year.

According to Deloitte partner, Retail Forecasts principal author David Rumbens, retailers shouldn’t merely be “thinking about survival”.  Instead, they should “ensure they are focused on competitive advantage, strengthening connections with customers, and streamlining operations so that when broader market growth returns, they are in the best possible position to take advantage of it”.

True, the economy isn’t making it easy for many businesses, a situation exacerbated for hundreds of franchisees by what one analyst says are “questionable franchisor operating models that don’t keep up with the maths, and are peddled by snake oil salesmen” – but that’s a story for another day.

The fact retailers are always going to be affected by problems in the industry’s various sectors, and as whole by aspects of global and domestic economies over which they can never control.

However there is a ground swell among industry analysts’ opinion that primary blame for the current primary woes of Australian retailers, should lie at the feet of the industry’s leaders.

Looking at the big picture, Dave Farrell of “Inside Retail”, who has had more than 30 years’ experience in retail and business management in Europe, Africa and Australasia, is one of these influential analysts to point the finger of blame for current problems at managers.  He says there’s a “dearth of consummate talent” nationally that should be revising and adapting to prevailing conditions as a matter of urgency.

“Nothing is more damaging when there’s reluctance by accomplished leaders to step up, or for budding leaders to grow.

Mr Farrell says solutions are simple but behavioural change is difficult, and recommends retailing managements should: 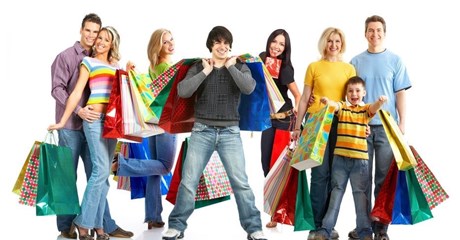