A recent Federal Court ruling has disabused many business owners of a mistaken belief their company’s structure would protect them from being held personally liable for the acts and omissions of employees.

The court found two experienced directors of a company personally liable for $1.9m in underpaid entitlements to 43 employees.

Even though the employees eventually received all money due to them, the directors were nonetheless penalised.

In this case the directors were experienced and the company, with more than 40 employees, was well established.  Dangers stemming from inexperienced directors’ errors are heightened in smaller companies, especially start-ups.

Yet companies with an active GST role and turnover of less than $2m annually, scores of them start-ups, account for 93% of all Australian businesses by turnover.  In other words, a lot of money is controlled by a lot of directors whose comparative inexperience and/or lack of awareness of their responsibilities could be personally dangerous.

The directors referred to here were, in original proceedings before the Fair Work Ombudsman, found to be “knowingly involved” in under payment of employees’ entitlements.

Interestingly the Federal Court was not convinced that although they knew about this they were actually “involved” in the matter.

Indeed, the directors had claimed they relied on others to undertake the day-to-day management of human resources (HR) within the business.

But this wasn’t going to allow the directors to get off the hook of responsibility.

The court ruled it was unnecessary for them to have personal knowledge of each employee and the amount of each employee’s entitlement in circumstances where, as directors, they knew there was a deficiency and they were obviously aware of a deficiency.

The directors told the court they had every intention of paying all the entitlements and that they had done “everything humanly possible” to ensure the payments were made.

“Good intentions” weren’t enough as far as the court was concerned, for as directors they were liable as accessories pursuant to the Fair Work Act because they were knowingly involved in contraventions.

They were fully aware entitlements were payable to employees and that the employees hadn’t received them.

Furthermore, the court found the directors had “intentionally participated in the contraventions” by offering staff bonuses to stay on with the company, while assuring them repeatedly that “payment was imminent”.

The Assessment of penalties

In assessing penalties, the court noted that earlier in the company’s history employees had received payments above their legal entitlements.

Where there had been underpayments, these had occurred in the context of complications stemming from “issues” the company had with the Australian Tax Office (ATO).

Ultimately all employees were paid their entitlements in full.

However, the court ruled that all of this was irrelevant.  The only consideration affecting penalties should be contravention of the Fair Work Act, which had been established.  Accordingly, the Court imposed penalties totalling $115,000.

Directors beware! No matter whether your company is big or small, you can be held personally liable for acts and omissions of employees. 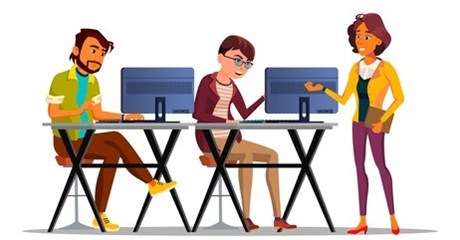