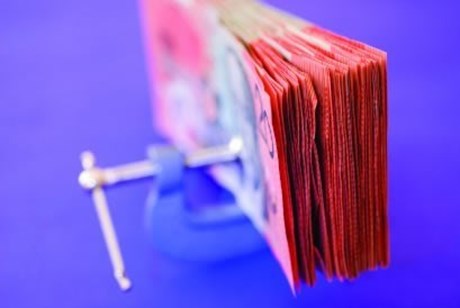 Late payments are one of the biggest drivers of cash flow issues plaguing SMEs and a primary reason for insolvencies, according to Australian Small Business and Family Enterprise Ombudsman (ASMFEO) Kate Carnell.

She says that since an inquiry by her office two years ago found Australian governments and businesses were globally shamed by their average of 26.4 days overdue in paying invoices, 96% of government invoices are now paid within 30 days. However current investigation reveals late payments in some parts of the private sector “are still dreadful”.

Such are the continuing detrimental effects of tardy payments on the economy generally that the Federal Government has authorised the ASMFEO to undertake a review of the issue, an action that analysts suggest is indicative of the need for policy making decisions.

There’s much to be done

Many businesses of all sizes are unwilling to supply the ASMFEO inquiry with information about invoice payment procedures.  But it’s because SMEs (47% small and 23% medium size businesses) employ 70% of Australia’s workforce, that late payments to, and by them have such a significant adverse affect on the economy, that corrective action particularly for the private sector has become imperative.

The good news is that only some 4% of invoices relative to the 95% of government contracts with SMEs below $1m are now not being paid within 30 days and in an increasing number of instances payment times are down to around 20 days.

In August the NSW Government committed by the end of this year to be paying SME invoices within five days – all of which puts the onus on the private sector, and notably SMEs because they’re dominant in the sector, to step up efforts to also pay their bills on time.

“There’s still a huge amount of work to be done in this space,” according to Ms Carnell who says that since her office’s inquiry two years ago, there has been a worsening tendency among companies, many of them large ones, to extend payments from 30 days, to 45, 60, 90, or even 120 days.

The Business Council of Australia (BCA), representative of some of the biggest companies in a cross section of Australian industry and commerce, has created a code of conduct requiring members voluntarily to commit to paying invoices within 30 days.  But Macks Advisory is aware of only 47 of the organisation’s 139 members being signatories to the code, together with 37 businesses that are non-members.

It’s no wonder voluntary regulation isn’t effective, and late payment exploitation by larger companies tends to be worse than it is with small ones.

Research by accounting software company Xero which analysed more than 10 million invoices from 150,000 Australian businesses showed that over a 12-month period to July last year, 53% of these invoices, worth $115bn, weren’t paid on time by big businesses.

Furthermore Xero estimated that had the payments been made on time, $7bn of working capital would have been generated by the small business billers, who in many instances were adding to the harmful effect of late payments on the economy by being late in their own payments of each other’s invoices.

The latest available data we’ve seen from international research data company illion, reveals that during the 2019 March quarter Australian companies with more than 500 employees had an average late payment time of 14 days - that is they were paying invoices six weeks after they were sent.

Companies with 200-499 employees were paying on average 11.5 days late and for those with six-19 employees, the corresponding number was 8.6.

It would seem serious improvement to this situation could be driven by a roll out of e-invoicing technology that creates an online portal where payments can be processed, rather than by way of paper invoices, fax or emailed PDFs.

All costs currently associated with processing a paper invoice total $30.80 compared with $27.97 for a PDF invoice and a mere $9.18 for an e-invoice.

While the Morrison government’s efforts to rectify the insidious cost to the economy of late payments by government departments, there is unwillingness by companies, particularly large ones, to supply the ombudsman’s office with payment terms and how they are met.

“Many have the gall to say that revealing payment terms, times and practices, would adversely affect their competitiveness,” Ms Carnell said.

It’ll be interesting to see how far she gets with her recently made call for “a public register of payment terms and the performance against same.” 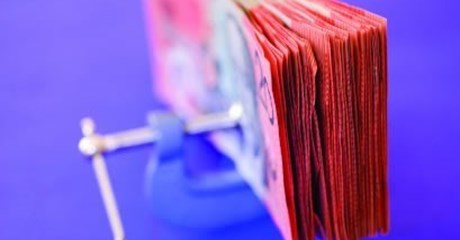