Australians need to take greater responsibility for their personal debt 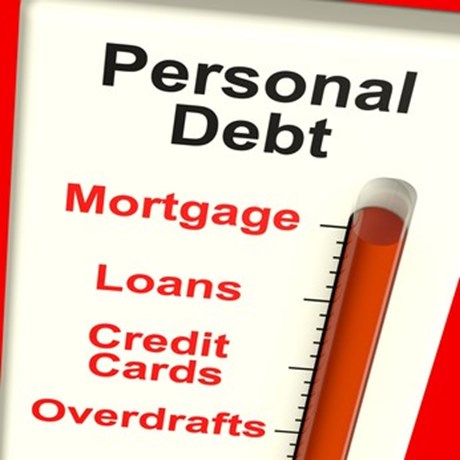 According to latest available Australian Bureau of Statistics (ABS) figures the average Australian household debt of more than $250,000 is increasing.  It’s an even scarier number given signs of a slowing global economy, a substantial decline in house prices in Australia’s most populous States, and that owner-occupier housing accounts for 56.3% all personal debt.

Our national household debt to disposable income ratio is more than 180%, and those owner-occupier mortgages represent about 60% of banks’ total assets.  Thus, any flow-on domestically from even minor predicted increases in rates in the US, could cause significant financial harm to individuals in particular and the Australian economy in general.

The Reserve Bank of Australia (RBA) is close to running out of options for exerting any significant control on the economy.  It‘s therefore high time Australians shouldered more responsibility for personal debt.

Easier said than done of course

Macks Advisory is not suggesting shouldering that responsibility will be easy, especially when income growth is expected to remain low.  However, there was a helpful wages growth in the private sector of 2.3% in 2018, the highest increase in four years.  But the fact remains, there’s clearly a pressing need for Australians to reduce debt in their own and the nation’s best interests.

Global comparisons of household debt are usually made looking at total owed as a percentage of net income, and on that basis Australia’s ranks fourth behind Denmark, Netherlands and Norway.  Americans’ household debt at fifteenth, is way down the list of 23 of the world’s major economies.

Consider what constitutes personal debt in Australia.  As well as owner-occupier housing mortgages that account for more than half of it, there is investor debt associated with rental properties or shares that makes up another 36.5%.  Personal loans (most commonly for cars, consumer goods and holidays) account for 3.1% of personal debt.  Loans for student education particularly for the HELP program (formerly known as HECS), account for another 2.1% of personal debt, and the remainder is credit card debt that despite its substantial volume, is 1.9%.

RBA Governor Philip Lowe put these percentages in perspective when he told the Parliamentary Committee on Economics in February that “protracted” low growth in household incomes combined with dented confidence from falling house prices, meant purchases from so-called disposal income was running at less than half its usual level.  For a decade there has been an annual growth rate of 6% in such spending, down to 2.75% according to latest ABS figures.

When comparatively high household debt occurs in conjunction with a population’s inability or disinclination to spend, an economy’s prognosis is problematic.

Household spending is almost 60% of Australians’ total spending, which makes it an important factor in the health of the economy, which is why Mr Lowe is concerned by its decline, and why he therefore wants to see wages growth increasing faster than it is.

There’s little more the RBA can do to help retain the nation’s economic health let alone boost it, having kept interest rates unchanged for a record 31 successive months at a record low of 1.5%.  Nonetheless Westpac’s highly respected chief economist Bill Evans has predicted it will exercise what little room is left to manoeuvre, by dropping it even lower, some analysts forecasting a change before the end of the financial year, possibly down to just 1%.

As well as the extent to which the result of the forthcoming election could affect Australia’s economy, there are external risks to it from international politics and trade – including trade and technology tensions between China and the US, the Brexit outcome, and further disruption to European economies by aggressive populism.

All this clearly implies that Australians should be employing what options they have to remove the most risky of personal debt that could soon become a whole lot riskier.

Debt is not necessarily bad

Debt is good if you can afford to manage it, and it has been taken on to increase wealth – for example a loan enabling you not only eventually to own your house but possibly increase its value, or an investment mortgage enabling you to buy a property to rent and perhaps eventually sell profitably.

Bad debt diminishes wealth.  It’s usually not attached to an asset.  If it is, it’s one of immediate diminishing value or for services that you’re unable to afford, based on your income.  Credit cards are ready facilitators of bad debt, and many credit card payments are for non-essential things that in any case diminish in value over time.

Most Australians’ personal debt can be categorised as good debt, that is the 56.3% attributable to home loans and 36.5 % to investments.  In other words, 92.8% of personal debt has potential to create wealth – and the remaining 8.2%, as bad debt, doesn’t.

You’ll recall at the start of this article it was reported latest available figures showed Australian households owed an average of $250,000 - of which $20,500 is therefore bad debt and may grease the slippery slope to financial disaster for households when things over which they have no control afflict them.

Good or bad, debt is always a risk that gets much riskier when income is under threat.  To minimise good debt risk, avoid incurring any that a reliable indicator such as common sense tells you is unaffordable (too big a mortgage for example).  Paying the monthly closing balance of your credit card without fail eliminates risks inherent in bad debt, and willpower curbs non-essential purchases.

According to most recent ABS figures based on the ratio of debt to either income or assets, around three-in-ten Australian households (29%) were classified as ‘over-indebted’.

But the following tips for managing debt can be applied usefully in all households whether their incomes are high or low.

Householders who operate more than one credit card should consider consolidating to a single account to simplify payments, to more readily monitor purchases, and to deal with only one interest rate.  Depending on the types of debts and how much is owed, it may be possible to take advance of a 0% balance transfer credit card or low rate personal loan to help save money on interest charges.

Create a budget that as a priority accommodates all required regular household payments, and ideally, to avoid any interest charges, the aim of the budget should always be to ensure payment of a credit card’s monthly closing balance on time.

A savings account should also be established to pay for larger purchases, to provide a financial safety net, and as a resource to increase wealth, or at the very least, militate against taking on so-called bad debt.

Although Australians’ personal debt is among the world’s highest relative to GDP, most of it is in home loans and investments, so that if householders can manage wealth-building debts in line with their circumstances and income, they have every chance of maintaining an ever keel. 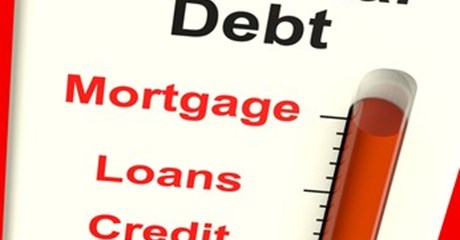