ATO's drive on debt and compliance 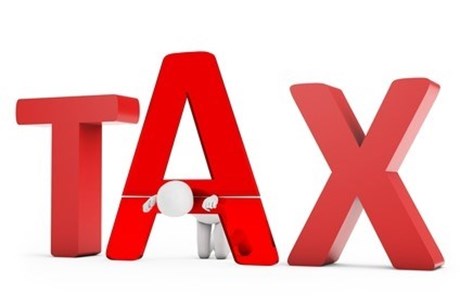 The Australian Tax Office (ATO), which is owed some $20b - a 35% increase over the past five years, has launched a major drive to recover the debt to which SA has contributed a worsening $1.23b.

The State’s top five most tax-indebted companies owe some $72m, and ATO figures show that 80% of SA companies’ debt is related to insolvency.

In the past, the ATO has been prepared to let debt run on average to $340,000 before taking aggressive recovery action. However, business owners with cash flow problems and unpaid tax obligations, have recently become only too well aware a hard line is now being taken much sooner than that.

As the Taxation Commissioner issues rapidly increasing numbers of Garnishee notices and directors’ penalty notices in efforts to recover unpaid tax, applications to the Federal Court to wind up of businesses were soaring towards the close of the financial year.

And concurrent with its drive for debt recovery, the ATO is also pursuing non-compliant taxpayers using recently enhanced data-matching ability.

The graph below shows the increase in winding up applications in the Federal Court of Australia for the period December 2014 to May 2015: 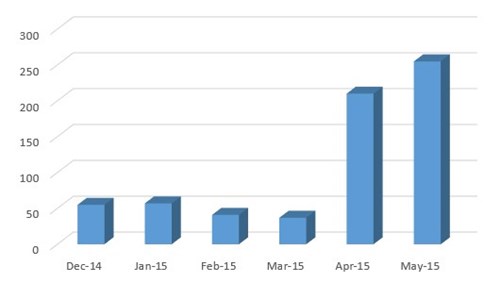 Inertia preceding a statutory demand to settle debt condemns many businesses to terminal disaster. Firms like ours, legal firms, accountants and finance professionals, cannot achieve for procrastinating clients what time does not allow. Options are wide and varied, even in the face of impending financial collapse. For example restructure, short-term funding for a single invoice, even a full-ledger working capital facility. A proactive owner can mean all the difference between life and death for a business.

Business owners who ignore statutory demands for payment from the ATO, or any other organisation for that matter, do so at their peril.

Directors need to be sure on what a statutory demand for debt payment means to their company, including the ramifications of their failure to deal effectively with the demand. If you are not sure, seek professional advice.

Most of the ATO’s applications to wind up companies are the result of such failures.

Accountants, solicitors, and other business advisers need to bear in mind that in the past few months, as the ATO’s debt recovery program has gathered momentum, there may be unexpired statutory demands that have been issued to clients.

The Corporations Act 2001 provides recourse for debt recovery. A creditor may serve a statutory demand on a company to claim a debt pursuant to section 459E.

The company has 21 days after the demand is served to pay the money unless it disputes the debt and applies to a court to set aside the demand (under section 459G).

Under section 459F, if the company fails to meet the demand, the creditor can then apply to the court for an order to wind up the company in insolvency (under sections 459P-459Q).

It should be noted that section 459C states a company is presumed to be insolvent upon expiration of the statutory demand, which is the basis of the creditor’s application to wind up the company.

Importantly, business owners and their advisers should understand a statutory demand is not merely a debt recovery measure that a company can readily nullify by negotiation. It’s the beginning of a process for a creditor to prove a company’s insolvency; to seek a Court winding-up order and a liquidator’s appointment.

Because of the Act’s inflexible time frames, business advisers should know that when a client company receives a statutory demand from the ATO (or any other creditor) directors need to act quickly to resolve the debt/claim.

Should resolution seem unlikely before the demand’s expiration date, speedy contact should be made with Macks Advisory or comparable insolvency practitioner. Generally it can be said that the appointment of a liquidator sooner rather than later maximises outcomes for all stakeholders.

As this newsletter was being written, the ATO was targeting some 90,000 small businesses failing to comply with tax obligations.

The Commissioner was requesting details from 11 financial institutions, including the ANZ Bank, Commonwealth Bank and American Express for all credit and debit card payments received by small businesses for the 2014-15 financial year.

As part of the ATO’s current data-matching program, it is using new highly sophisticated software and ever more powerful computers to match these payments against its own records to identify businesses that may not be paying the required tax.

It’s expected the program will not only encourage non-complying business owners to voluntarily do the right thing, but will also help expose under-the-counter cash-only business as well as identifying liquidated or de-registered businesses continuing to trade.

It's not as though business owners, managers and advisers haven’t been given fair warning of what’s been happening in the past few months.

Owners of businesses paying their fare share of tax while suffering unfair competition from those they suspect are tax dodgers, were invited by the ATO in a social media campaign earlier this year to name names.

Taxation Commission Chris Jordan in his speech at the 30th National Convention of the Tax Institute, said debt management would be a priority of Tax Department reform.

There would be “early intervention in matters of tax arrears”, in particular:

In short the ATO has declared a stop must be put on the nation’s escalating tax debt, and in these testing economic times especially, honest taxpayers shouldn’t have to subsidise the lifestyles of those who won’t meet their tax obligations. 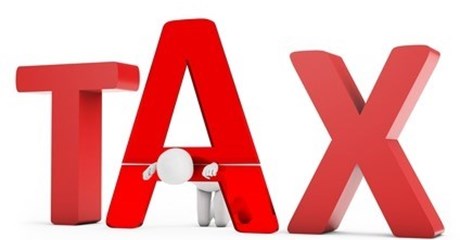